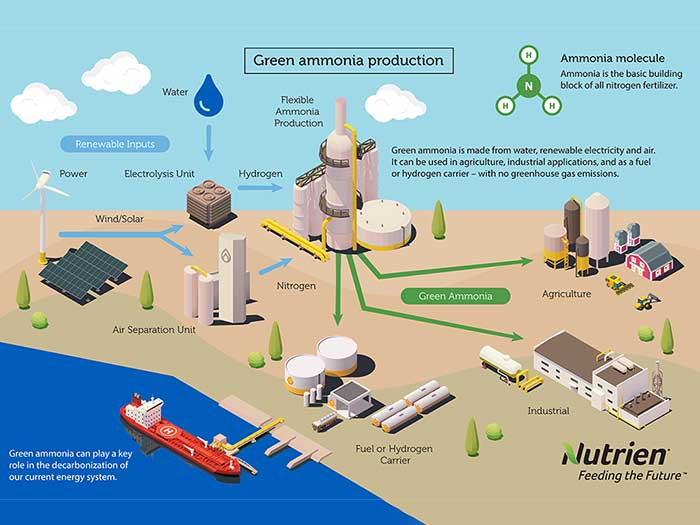 Antwerp, Belgium, headquartered gas carrier operator Exmar is partnering with Canadian fertilizer producer Nutrien to deploy an ammonia-fueled vessel by as early as 2025. The vessel would be fueled by low-carbon ammonia produced at Nutrien’s Geismar, La., facility that employs carbon capture and sequestration technology to reduce the carbon intensity of the ammonia it produces.

The two companies have been partners in transporting ammonia globally for over 30 years. Both support the decarbonization of shipping and IMO’s Green House Gas (GHG) strategy to reduce emissions. Their new collaboration aims to significantly reduce Nutrien’s maritime transportation emissions and enable the commercial development of an ammonia-fueled vessel.

Under a just-signed collaboration agreement, nutrien and exmar will, among other things, collaborate on the following:

Nutrien is one of 15 organizations involved in the U.S. Department of Energy-funded Renewable Energy to Fuels through Utilization of Energy-Dense Liquids (REFUEL) integration and testing program, which is working to create a carbon-free process for creating low- and zero-carbon ammonia for use in agriculture, electricity generation and/or as a fuel.

More in a very useful “Ammonia 101” from Nutria. 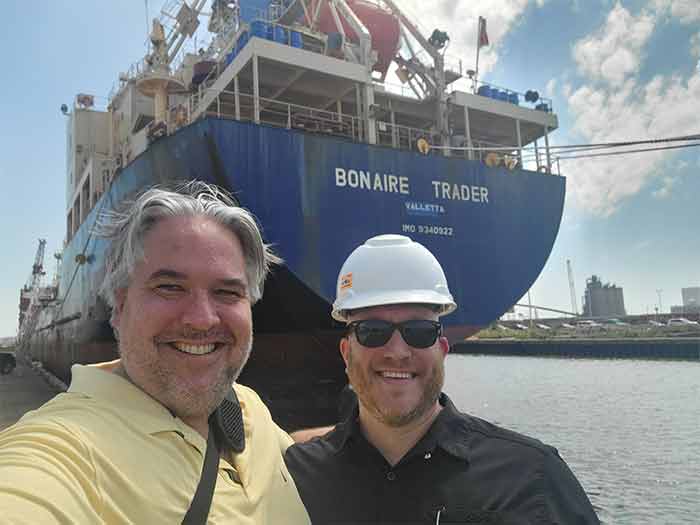