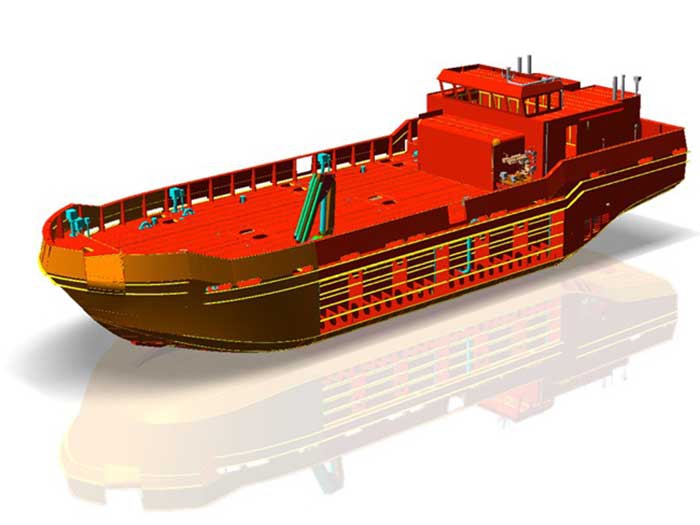 NOVEMBER 8, 2016 — Spain’s SENER engineering and technology group is to carry out the basic and detail engineering for two double-hulled vessels being built to collect liquid oily waste and solid waste from ships in compliance with MARPOL regulations.

The two barges are being built in Galicia’s Nodosa shipyard for shipbuilder Tecnología Medio Ambiente (TMA). SENER says its design will help TMA conduct its activities efficiently, reducing its environmental impact to a minimum.

The larger barge has six tanks for storing liquid waste, with a total capacity of 230 cu.m. For solid waste, resources have been installed on the cargo deck for loading and unloading six containers, with a a hydraulically operated telescopic crane installed for moving the containers.

The smaller barge has two MARPOL waste tanks with a capacity of 32.5 cu.m, four containers on deck for collecting solid waste, and a hydraulic crane.