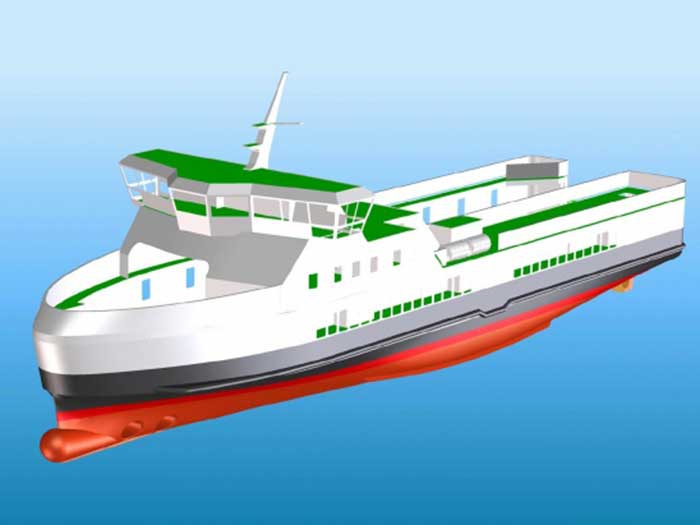 E-ferry will be equipped with a 4.3 MWh Leclanché Lithium-ion battery.

MAY 15, 2017 — Leclanché SA (SIX: LECN) has launched the Leclanché Marine Rack System (MRS), a modular, lithium-ion battery system that is the first of its kind to be type approved by DNV-GL under revised rules issued in October 2015.

Leclanché will use the MRS on the E-ferry in Denmark, the world’s largest, 100 per cent electric ferry by battery capacity, equipped with a 4.3 MWh Leclanché Lithium-ion battery.

The 50 m ferry will be able to carry up to 25 cars and 147 passengers, and is scheduled for launch by Danish shipbuilder Søby Shipyard Ltd later this year.

“There is a huge opportunity for marine vessels across the world to reduce their harmful emissions and cut their operating costs by leveraging battery storage technology,” says Anil Srivastava, CEO of Leclanché. “This is why we developed the MRS and we are delighted that it is the world’s first such solution to receive type approval from DNV-GL. This certification opens up a very exciting and substantial global market for Leclanché.”

Antti Väyrynen, Vice President E-Transportation, Leclanché, added: “Type approval is an important catalyst to our market growth as it significantly simplifies the certification process of each vessel that uses the Leclanché MRS.”

Safety was one of Leclanché’s key focus areas when developing the MRS. The company performed multiple fire propagation tests to ensure that the battery system performed safely, in even the most extreme situations. With the requirement to pass close to 20 separate tests, the DNV-GL certification process sets the benchmark for battery system safety in marine applications.

The E-ferry will be launched in late 2017 sailing between the island Aeroe (Ærø) and the mainland. The emission-free, passenger and car ferry will be able to sail a record 60 nautical miles (110 km) on a single charge.

In Scandinavia, there is the potential to convert nearly 200 ferry routes to electric within the next decade; Europe-wide over 1,000 ferries could be converted. The Leclanché MRS could also be used in other marine applications including hybridization and peak shaving of auxiliary loads of cargo vessels and cruise ships. In 2015, the global marine hybrid propulsion market was valued at $2.6 billion. It is expected to reach $5.2 billion by 2024.