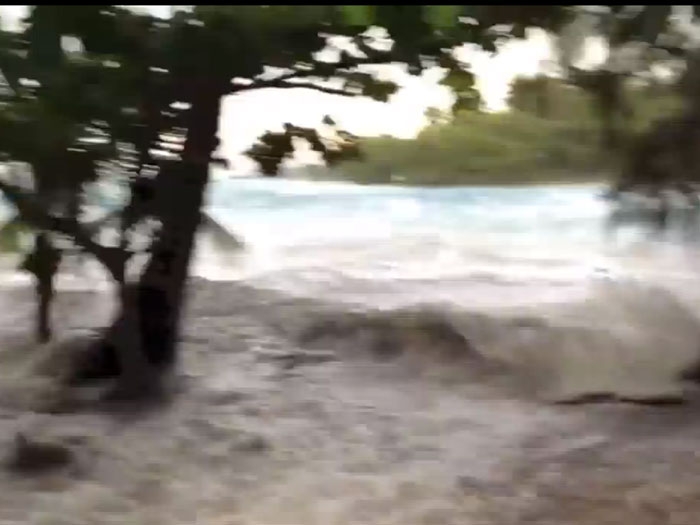 APRIL 20, 2015 — There are no global warming skeptics in the Marshall Islands. Lying just two meters above sea level, the atoll island nation has already suffered unprecedented droughts, massive tides and the impact of increasing numbers of typhoons. Some of its islands have already been submerged and lost forever. President of the Republic of the Marshall Islands, Christopher J. Loeak has made impassioned please for international action on the issue and among initiatives taken included by the republic include bringing together the largest-ever Pacific Islands Forum Leaders’ meeting in Majuro to discuss the issue.

Now the Marshall Islands is using its position as the world’s third largest shipping registry to call on the IMO to set a new global target for reducing greenhouse gas (GHG) emissions from international shipping, a growing sector currently left out of international climate negotiations.

The Marshall Island’s Minister of Foreign Affairs Tony de Brum issued the following statement regarding the submission to the Maritime Environment Protection Committee’s 68th session in May:

“The goal of keeping global temperature rise under 1.5 to 2 degrees Celsius requires action from all countries, and all sectors of the global economy.  International shipping must be part of the action.  While the sector currently contributes only 2-3 per cent of global emissions, its projected growth is a real cause for concern.  Without urgent action, it is estimated that the sector could soon account for between 6 and 14 percent of global emissions – as much as the entire European Union emits today.” “Back under the 1997 Kyoto Protocol, only industrialized countries were instructed to work with the International Maritime Organization to take coordinated action to limit shipping emissions. Since then, we have seen too little movement on the issue, and global shipping emissions have continued to rise unabated.

“We are an island nation and shipping is one of our lifelines – we cannot survive without it.  At the same time, carbon emissions, including those from shipping, pose an existential threat to our people and our country.

“Once again, the Marshall Islands is determined to lead by example.  We want to put ourselves at the forefront of the transition towards a low carbon transport future.  We are the first country in the Pacific to set a transport efficiency target for ourselves – a 20 percent cut in the use of fossil fuels for domestic transport by 2020, and we are exploring other ways to green our international registry.”
“But the actions of one or small group of registries alone will not be enough.  Ships these days can jump easily from flag to flag to avoid tougher standards.  Cleaning up this global industry requires a global approach.  With a strong wind blowing in the climate action sails en route to Paris, the IMO must move to set a sector-wide international shipping emissions target now.”