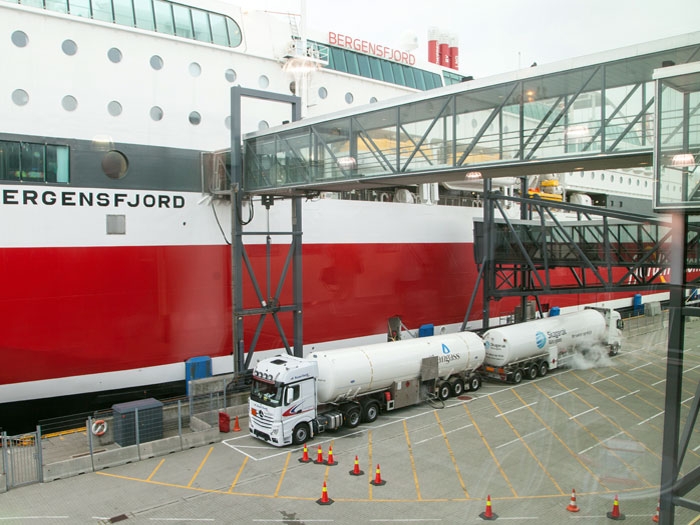 JUNE 18, 2015—IMO’s Maritime Safety Committee adopted the new mandatory code for ships fuelled by gases or other low-flashpoint fuels when it met at its 95th session at IMO’s headquarters in London from June 3 to 12, 2015. MSC adopted the International Code of Safety for Ships using Gases or other Low-flashpoint Fuels (IGF Code), along with amendments to make the Code mandatory under the International Convention for the Safety of Life at Sea (SOLAS). The code will enter into force on January 1, 2017.

The use of Liquefied Natural Gas (LNG) as a marine fuel has increased in recent years due to stricter regulations regarding diesel emissions (LNG has lower sulfur and particulate emissions than fuel oil or marine diesel oil), the relative abundance of natural gas, and long-term economics. While the safe carriage of LNG as a cargo on ships has gone on for decades, there has been a need for an international regulatory framework for the use of LNG and other gases as fuel on ships.

Gas and other low-flashpoint fuels pose their own set of safety challenges that need to be properly managed. The IGF Code aims to minimize the risk to the ship, its crew and the environment, having regard to the nature of the fuels involved.

The amendments to SOLAS chapter II-1 (Construction – Structure, subdivision and stability, machinery and electrical installations), include amendments to Part F Alternative design and arrangements, to provide a methodology for alternative design and arrangements for machinery, electrical installations and low-flashpoint fuel storage and distribution systems; and a new Part G Ships using low-flashpoint fuels, to add new regulations to require ships constructed after the expected date of entry into force of January 1, 2017 to comply with the requirements of the IGF Code, together with related amendments to chapter II-2 and Appendix (Certificates).

The Code addresses all areas that need special consideration for the usage of low-flashpoint fuels, taking a goal-based approach, with goals and functional requirements specified for each section forming the basis for the design, construction and operation of ships using this type of fuel.

The MSC also adopted related amendments to the International Convention on Standards of Training, Certification and Watchkeeping for Seafarers (STCW), and STCW Code, to include new mandatory minimum requirements for the training and qualifications of masters, officers, ratings and other personnel on ships subject to the IGF Code. The amendments also have an entry into force date of January 1, 2017, in line with the SOLAS amendments related to the IGF Code.