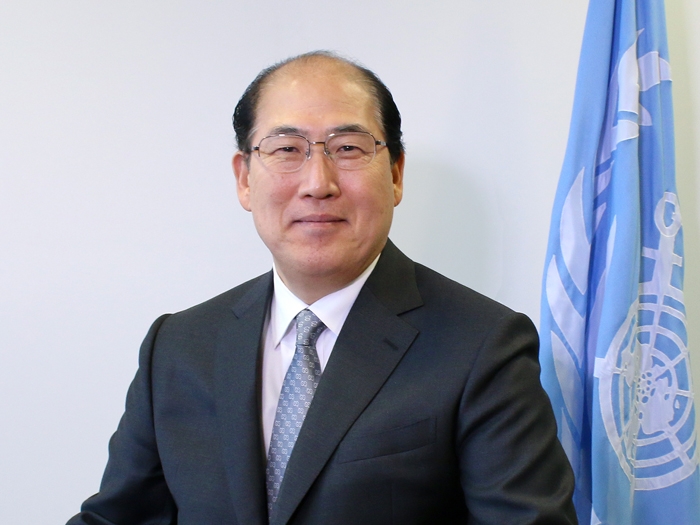 IMO Secretary-General Kitack Lim: I would urge countries that have not done so to ratify the BWM Convention as soon as possible so that we can establish a certain date for entry into force

JANUARY 19, 2016 — Back in November, it looked like IMO’s Ballast Water Management (BWM) Convention looked like it had finally achieved the necessary ratifications to enter into force. Turns out it didn’t.

IMO and the company it retains to check such things have been verifying tonnage figures to see whether or not the convention’s final entry-into-force requirement has been met. Though the process is not yet complete, and will continue for up to three more weeks, IMO said last week that it could already confirm the tonnage requirement has yet to be reached.

“Forty-seven countries have now ratified the convention,” said a statement, “substantially more than the 30 required, but their combined fleets comprise, at most, 34.56 per cent of global tonnage, with 35 per cent required for entry into force.”

IMO Secretary-General Kitack Lim said, “The recent ratifications have brought the BWM Convention so very close to entry into force. While we cannot predict exactly when that will happen, I would urge countries that have not done so to ratify the BWM Convention as soon as possible so that we can establish a certain date for entry into force, and also so that it is widely accepted when it does. In particular, those countries with large merchant fleets that have not done so, are requested to accelerate their processes to ratify the Convention.”

Shipowners have been encouraged to install the necessary equipment and establish operational procedures in accordance with IMO regulations and standards, so that the BWM Convention can be implemented rapidly and effectively upon entry into force. Amendments to the Convention, to be implemented after it enters into force, will be considered at the next meeting of the Marine Environment Protection Committee, in April, 2016.

To shipowners whose vessels call U.S. ports, of course, all this is largely of academic interest since U.S. regulations already require that all ships that discharge ballast water in U.S. waters use a ballast water management system (BWMS) approved by the U.S. Coast Guard.