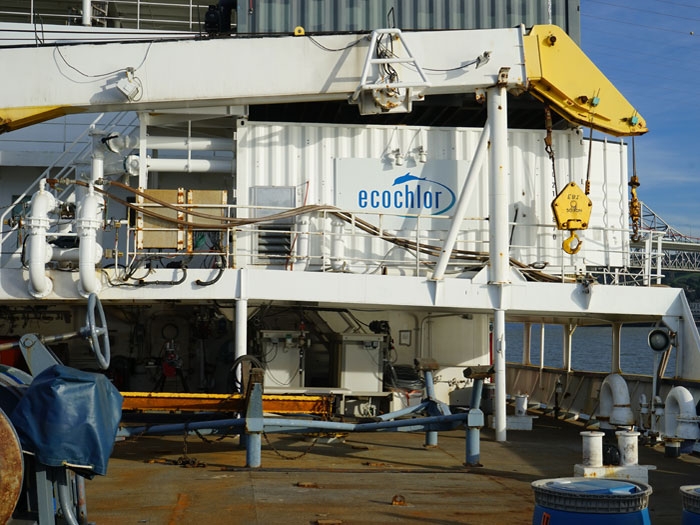 MAY 20, 2016—While no ballast water technology manufacturer has yet gained U.S. Coast Guard Type Approval, some are now reporting that they have completed land-based and shipboard testing, the final steps on a very, long and winding road before submitting an official application to the agency.

As we reported in the April 2016 issue of Marine Log, one of those ballast water technology system (BWTS) manufacturers is OceanSaver AS, Drammen, Norway. It recently reported that it had finalized all the testing required for the U.S. Coast Guard (USCG) Type Approval application of ballast water management systems. In close cooperation with shipowner CSL, OceanSaver said it successfully concluded testing to USCG requirements, operating in a wide range of demanding conditions along the Pacific Coast of North America

According to OceanSaver CEO Helle Hundseid, the company completed shipboard tests on May 5. “Component testing was finalized shortly afterwards – and all tests have been confirmed to meet all USCG requirements,” says Hundseid. “We expect to finalize the formal application within beginning of June, thus being among the very first BWTS vendors to submit an official application to the U.S. Coast Guard.”

The shipboard testing was carried out on two 2,000 m3/hr capacity BWTS on-board the CSL bulk carrier Sheila Ann starting at the end of last summer. OceanSaver’s BWTS has been in operation by the ship’s crew continuously throughout the testing period along the ship’s trade route. The route included the saline and brackish water ports of the San Francisco Bay, San Marco in Mexico and Tacoma, WA, as well as various fresh water ports on the U.S. Pacific Coast—requiring the OceanSaver BWT system to operate in a wide range of varying conditions.

Meanwhile, Ecochlor, Inc., Maynard, MA, reported it had completed all of its land-based and shipboard testing at the Golden Bear Facility (GBF) at the California Maritime Academy (CMA), Vallejo, CA, in preparation for submission of its application for USCG Type Approval. The Golden Bear Facility (GBF) is a University-Government-Industry partnership to provide shipboard testing of commercial ballast water treatment technologies. The Training Ship Golden Bear, owned by the U.S. Maritime Adminstration and operated by CMA, serves as a platform for developing, testing and evaluating technologies such as BWTS.

Ecochlor’s BWTS was verified in all three salinities, five test cycles each, for a total of 15 consecutive and successful cycles to meet the USCG requirements.

“For all system manufacturers, getting through the USCG Type Approval process is a long journey, with challenges and successes along the way, says Marcie Merksamer, Vice President of EnviroManagement, Inc. “I’m pleased to have the opportunity to act as Ecochlor’s liaison with DNV GL, GBF and the USCG, and congratulate them on successful completion of their biological efficacy testing.”

Ecochlor is currently finalizing environmental testing at Retlif Laboratory. During this testing, components of the system are exposed to environmental conditions such as temperature extremes and vibration to confirm that it can withstand a shipboard environment. Once these tests are complete and data has been reported and summarized DNV GL, as the USCG-approved Independent Laboratory, will review the test data and submit a report of their findings for compliance with the Final Rule to the USCG. Ecochlor will then submit an official application to the USCG within the next few months.

Tom Perlich, President and Founder of Ecochlor, says, “The Ecochlor team’s experience with GBF has been very positive and DNV GL has been very thorough in their role as the Independent Lab overseeing the testing. USCG Type Approval test results for the Ecochlor BWTS have been consistent with the IMO Type Approval results which have exceeded the biological discharge standards.”