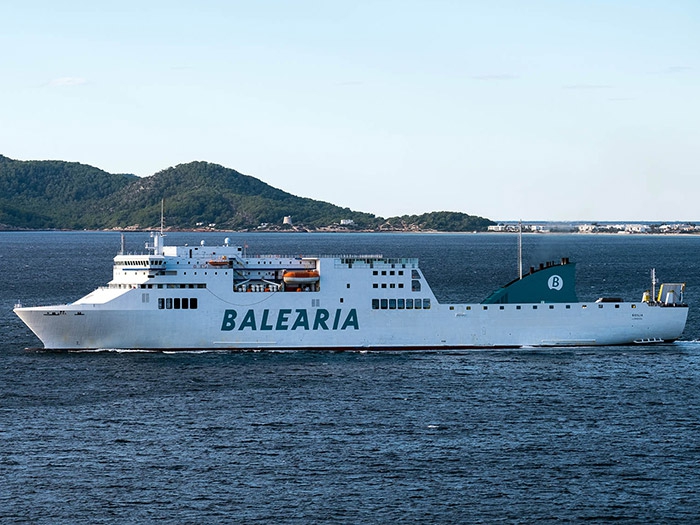 AUGUST 1, 2018 — Spanish ferry operator Baleària is to invest 60 million euros (about $70 million) to switch the engines in five of the current ferries in its fleet to LNG fueling over the next two years.

Baleària’s strategic commitment to LNG as a marine fuel already includes the construction of two LNG fueled “smart ships.” This project is an addition to the two ‘smart ships’ propelled by LNG being built in Italy

The five ferries to be converted to LNG are the Nápoles, Abel Matutes, Sicilia, Bahama Mama and Martin i Soler. The use of LNG in these five ships is expected to reduce more than 45,000 tonnes of CO2 and 4,400 tonnes of nitrogen oxide (NOx) emissions and completely eliminate all sulfur and particulate emissions.

The first of the five to be adapted for gas fueling will be the ferry Nápoles with the work to set to be performed during its next winter drydocking.

In addition to switching the engines to gas in these five ferries, the company is also studying another two LNG projects in addition to the construction of the two smart ships at Italy’s Visentini shipyard, the first of which will be in operation starting next February.

Baleària Chairman Adolfo Utor, says LNG is the most environmentally-friendly fossil fuel and that  “the company expects to have nine ships sailing with this energy within three years.”