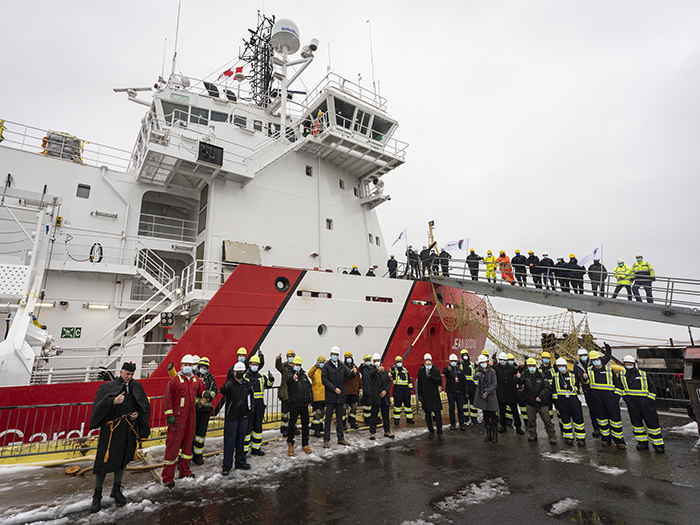 The Canadian Coast Guard has taken the delivery of the CCGS Jean Goodwill, the second of three medium interim icebreakers created by Davie Shipbuilding in Lévis, Quebec, through the conversion of a former icebreaking AHTS,

The conversion work at Davie was completed under the third pillar of Canada’s National Shipbuilding Strategy which covers vessel repair, refit, and maintenance.

The CCGS Jean Goodwill is named in honor of the late Jean Goodwill, an Officer of the Order of Canada. Goodwill was a Cree nurse from the community of Little Pine Nation in Saskatchewan who in 1954, became Saskatchewan’s first Indigenous woman to finish a nursing program. Goodwill is also a founding member of the Aboriginal Nurses Association of Canada and a contemporary pioneer of public health services for Indigenous peoples.