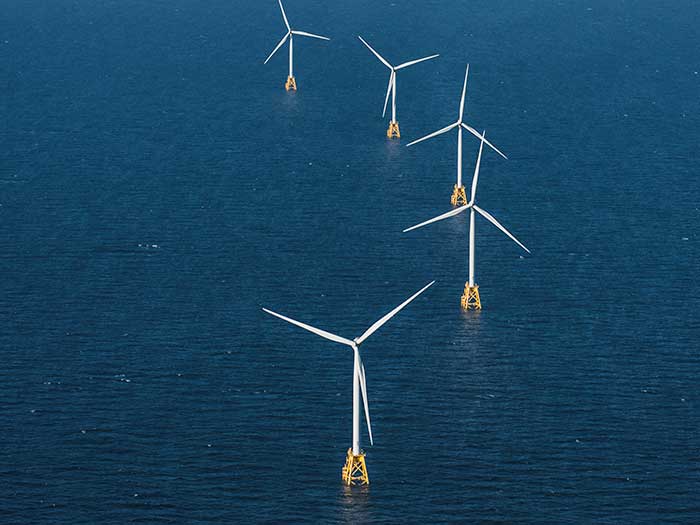 The U.S. Department of the Interior today announced plans for what will be the Biden administration’s first offshore wind sale. It will offer areas on the Outer Continental Shelf (OCS) in the New York Bight—an area of shallow waters between Long Island and the New Jersey coast. The department says the proposed lease areas have the potential to unlock over 7 gigawatts of offshore wind energy, powering more than 2.6 million homes and supporting thousands of new jobs.

“Climate change poses an existential threat — not just to our environment, but to our health, our communities, and our economic well-being. The Biden-Harris administration recognizes the urgency of this moment, and the development of renewable energy resources is an important piece of addressing this reality,” said Secretary of the Interior Deb Haaland. “Today’s announcement of new proposed lease stipulations puts a priority on creating and sustaining good-paying union jobs as we build a clean energy economy.”

Today’s announcement follows a series of milestones in the administration’s plans to advance offshore wind development, including:

To date, the Bureau of Ocean Energy Management has held eight competitive lease sales and issued 17 active commercial offshore wind leases on the Atlantic from Massachusetts to North Carolina.

The Proposed Sale Notice includes eight lease areas in the New York Bight that could be auctioned for commercial wind energy development. A Proposed Sale Notice (PSN) in the Federal Register today opens a 60-day public comment period and provides detailed information about potential areas that could be available for leasing, proposed lease provisions and conditions, auction details.

BOEM is also seeking feedback on several innovative lease stipulations that, it says, will reaffirm its commitment to create good-paying union jobs and engage with all stakeholders and ocean users. Some of these potential stipulations include:

Comments received by the end of the public comment period will be made available to the public and considered before deciding whether to publish a Final Sale Notice, which will announce the time and date of the lease sale.