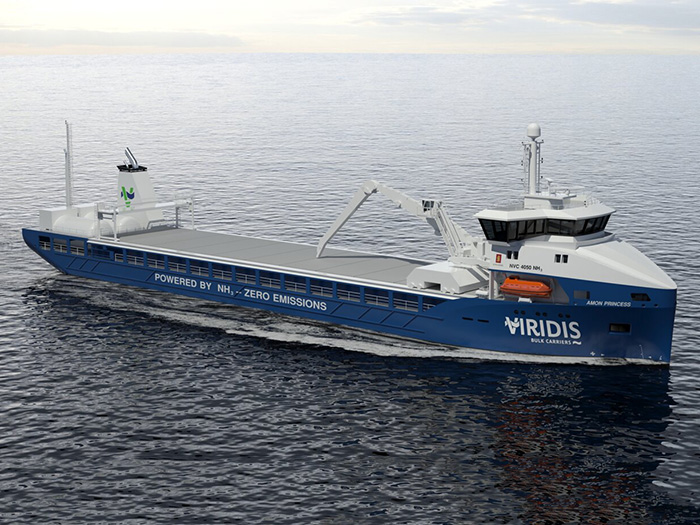 A company aiming to be the world’s first zero-emissions vessel operator says that it is already in discussions with shipyards with a view to having ammonia fueled vessels on the water by 2024.

Together with Kongsberg Maritime, Viridis Bulk Carriers has developed a flexible, zero emission short sea bulk carrier concept that it says is simple, robust and cost-efficient.

“Reciprocating engines will burn ammonia to generate propulsive power, and an exhaust gas after treatment system optimized for ammonia will eliminate any byproducts, ensuring that we do not replace CO2 emissions with other harmful pollutants,” says the company. “Batteries and shore power connection will be included for support, constituting an ammonia-electric hybrid power system, enabling silent maneuvering and cargo operations.”

Viridis is planning a range of different configurations of its flexible design to meet charterer’s requirements, including self-unloaders and project cargo variants such as wind turbine blade transporters.