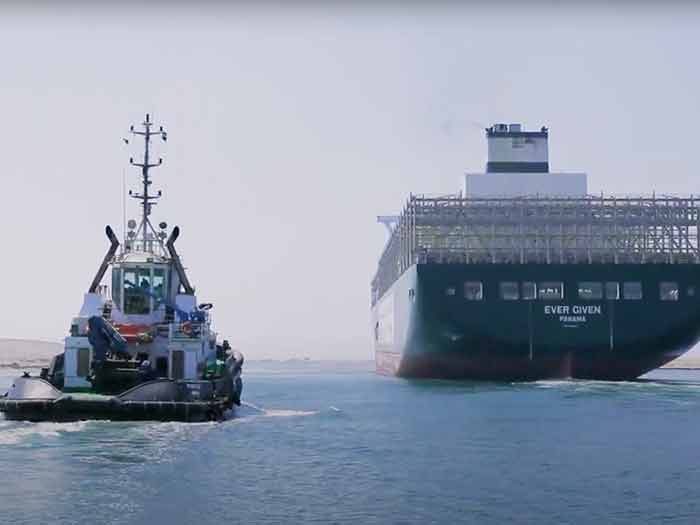 The Suez Canal Authority today released video showing the giant containership Ever Given making an uneventful passage through the canal today as part of the northern convoy.

The ship returned to the waterway a little more than a month after it was released from being held in Egypt for three months as the Suez Canal Authority and insurers negotiated a settlement of penalties related to the six day blockage of the canal when the 400 meter long ship became wedged across it.

The unladen ship is currently underway from Felixstowe, England, and headed for repairs, reportedly in Singapore.

The Suez Canal Authority says that its head, Admiral Osama Rabie, directed that all measures be taken to ensure the safe passage of the ship, appointing a group of senior authority pilots known for their experience and competence and allocating the two tugboats Mosaed 1 and Mosaed 2 to accompany the ship during its journey across the canal.