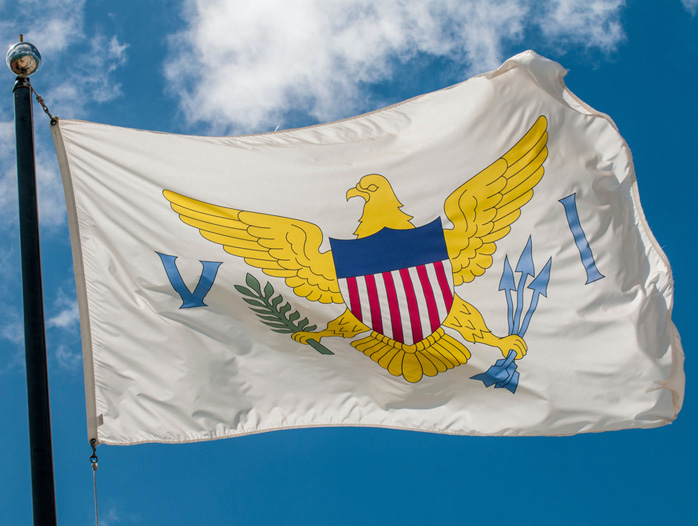 A proposal to launch a U.S. Virgin Islands ship registry has been met with a wall of opposition from U.S. maritime unions and the AFL-CIO.

The proposal is one of a number of ideas floated in a “A Revitalization Plan for U.S. Maritime Trade, Commerce, and Strategic Competition,” developed by the Center for Ocean Policy and Economics (COPE)—an offshoot of the Northeast Maritime Institute in Fairhaven, Mass.

The plan calls for the immediate establishment of “an open international U.S. Flag in the U.S. Virgin Islands (USVI) to provide responsible and transparent oversight to a commercial fleet of foreign and domestically owned and operated vessels.”

“The creation of an autonomous international flag based in the USVI would allow the U.S. to take a leading role in quality and sustainable management practices and set new standards in maritime operational excellence,” says COPE. “A new secondary U.S. Flag dedicated to international trade and commerce would provide a significant increase to U.S. tonnage; increase U.S. maritime labor capacity; uphold higher international standards for the safety of seafarers; allow for greater oversight of global trade and commerce; facilitate green seas initiatives, and incentivize U.S. financing, investment, and ownership in domestic maritime initiatives.”

TO UNIONS, IT’S JUST ANOTHER FLAG OF CONVENIENCE

“On behalf of the licensed and unlicensed American merchant mariners who have proudly and without fail served our country since its founding, we oppose in the strongest possible terms the creation of an open registry in the Virgin Islands, a territory of the United States.

“Open registries exist so that shipowners can increase their profits by avoiding the same rules, regulations, tax obligations and manning requirements that attach to a national flag fleet. This latest effort is nothing more than an exercise in labor arbitrage designed to generate registry fees and to enrich foreign shipowners at the expense of American workers and America’s national interests.

“The proposed U.S. Virgin Islands flag of convenience open registry will not benefit the United States nor America’s maritime industry, any more than any other second or open registry benefits a national flag country. In fact, the establishment and growth of second registries by other industrialized nations has done little more than decimate their national flag fleets to the point that they are no longer able to provide the requisite military security and logistical support to their flag nations.

“At its core, this proposal, allowing for the operation of vessels with foreign mariners under a United States open registry, is an affront to the American mariners who have always put themselves in harm’s way whenever called upon by our nation. Their service, most recently recognized by Congress with the awarding of a Congressional Gold Medal to World War II American merchant mariners, demonstrates a clear and unwavering commitment on the part of American merchant mariners to supply and support American troops deployed around the world, with no regard for their own safety. American mariners believe that our servicemen and women and their families deserve no less.

“The military security of the United States will not be strengthened by relying on foreign owned and foreign crewed vessels. The safety of American troops deployed overseas and the success of their mission must not be put in jeopardy by a reliance on a flag of convenience open registry scheme that utilizes foreign crewed vessels to deliver what our servicemen and women need to do their job in our behalf.

“Finally, if the supply chain crisis has taught us anything it is that we, as a country, must begin to reverse the dangerous reliance we have on foreign sources for goods and for shipping services. Increasing America’s dependence on foreign owned and foreign manned vessels will exacerbate the current situation and will not somehow magically enhance America’s maritime posture.

“We call upon the Department of Defense, the Maritime Administration, the Biden Administration and the Congress to reject any suggestion that United States Virgin Islands-flag vessels be treated as if they are U.S.-flag and U.S.-crewed vessels for any purpose or for any program. At the same time, we reiterate our commitment to work with the Administration and Congress to achieve a more robust, commercially viable U.S.-flag, U.S.-crewed fleet that will continue to protect America’s economic,military and homeland security.”