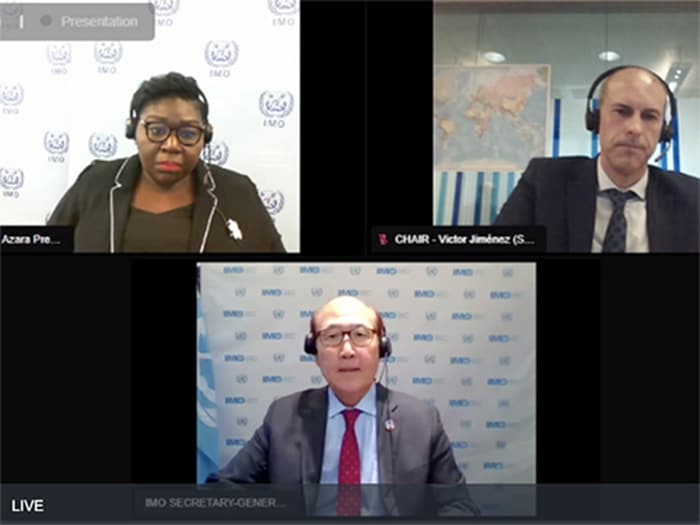 As the Russian invasion of Ukraine continues, the International Maritime Organization (IMO) is calling for the establishment of a blue safe maritime corridor.

It would allow the safe evacuation of seafarers and ships from the high-risk and affected areas in the Black Sea and the Sea of Azov to a safe place “in order to protect the life of seafarers, ensure the mobilization and commercial navigation of vessels intending to use this corridor by avoiding military attacks and protecting and securing the maritime domain.”

The call for a blue corridor was made at an extraordinary session of the IMO Council held on March 10 and 11 to address the impacts on shipping and seafarers of what it termed “the situation in the Black Sea and the Sea of Azov.”

The IMO Council asked Secretary-General Kitack Lim “to collaborate with the relevant parties and take necessary immediate actions to initiate the establishment and support the implementation of a blue safe maritime corridor in the Black Sea and the Sea of Azov and keep member states informed of developments and report to the next session of the council.”

The blue corridor proposal was among a number of steps that the council said should be taken to reduce the suffering of seafarers and their families:

You can read the full official IMO statement HERE.