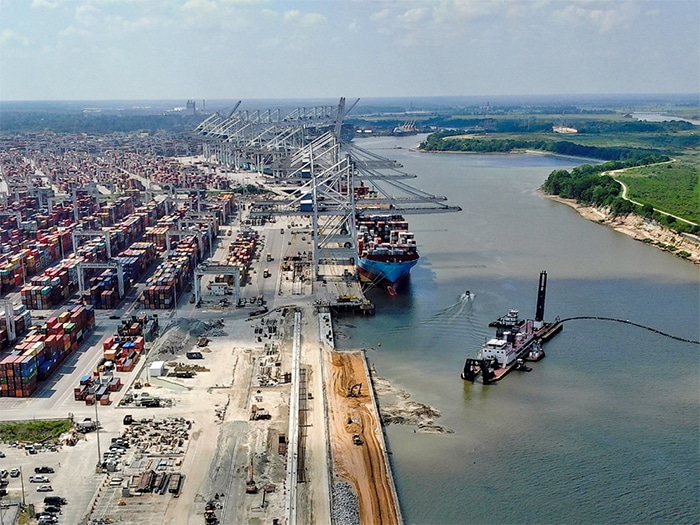 U,S, container ports like the Port of Savannah would be hard hit by any rail strike

After an all-night bargaining session in the Washington, D.C., offices of Labor Secretary Marty Walsh, a freight railroad strike that could have had a devastating impact on U.S. container ports and ultimately global container routes has been averted — at least for now.

The Association of American Railroads (AAR) said today that tentative agreements have been reached with the Brotherhood of Locomotive Engineers and Trainmen Division of the International Brotherhood of Teamsters, the International Association of Sheet Metal, Air, Rail and Transportation Workers – Transportation Division, and the Brotherhood of Railroad Signalmen. Collectively representing approximately 60,000 employees, the tentative agreements reached with these unions avert a potential rail strike in advance of Friday’s deadline.

All tentative agreements are subject to ratification by the unions’ membership, noted AAR.

In a White House statement, President Joe Biden hailed the tentative agreement as “an important win for our economy and the American people.”

“It is a win for tens of thousands of rail workers who worked tirelessly through the pandemic to ensure that America’s families and communities got deliveries of what have kept us going during these difficult years,” added President Biden. “These rail workers will get better pay, improved working conditions, and peace of mind around their health care costs: all hard-earned. The agreement is also a victory for railway companies who will be able to retain and recruit more workers for an industry that will continue to be part of the backbone of the American economy for decades to come.”

All that said, the agreement is tentative and subject to ratification, so a rail strike could yet happen.

A report in our sister publication Railway Age cautions:

“Significantly, the threat of a work stoppage is not over, as tentative agreements face ratification votes by rail union members whose mood over the past 33 months of collective bargaining between their leaders and the NCCC [National Carriers Conference Committee that represents most U.S. Class I railroads and many smaller ones] has been super sour.”