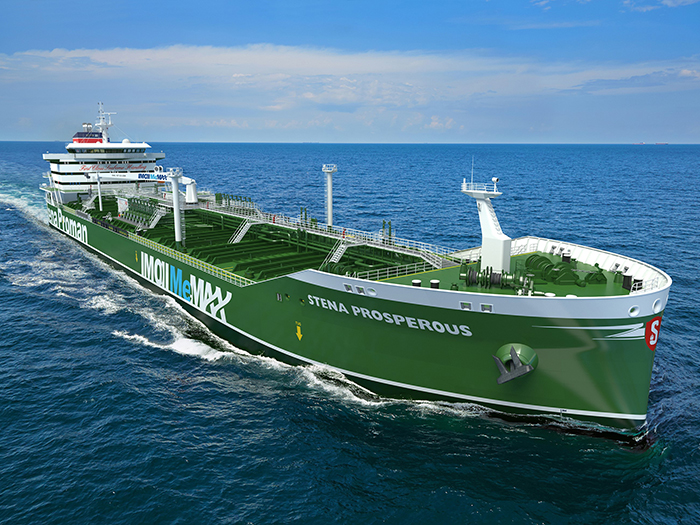 To be named Stena Prosperous, it will initially be utilized by Stena Bulk in its traded pool of ships for a period of two to three years. The vessel will thus be the first methanol dual-fuel powered ship traded on the chemicals / CPP market by a conventional shipowner without an active contract from a methanol producer. After this initial period, the Stena Prosperous will then enter into a long-term time charter with Proman Shipping, which is a subsidiary of Proman, the world’s second largest producer of methanol.

“In making Stena Prosperous available to the general market for the transportation of chemicals, we seek to encourage other producers to gain experience with these innovative methanol-powered vessels and to benefit from the significant reduction in emissions that operating these vessels will deliver,” said David Cassidy, CEO of Proman.

Stena Prosperous will join the Stena ProPatria and the Stena ProMare in the Proman Stena fleet in the second half of 2022. Each 49,900 dwt vessel will use 12,500 tonnes per annum of methanol as a marine fuel, significantly reducing emissions in their normal commercial operations compared to conventional marine fuels.

Methanol is already available at over 100 ports worldwide, including at all major bunkering hubs. It is a clean burning, safe to carry and fully biodegradable fuel, which provides a reduction in carbon dioxide (CO2)emissions, eliminates sulfur oxide (SOx) and particular matter completely, and cuts nitrogen oxide (NOx) emissions by 60% compared to traditional marine fuels.