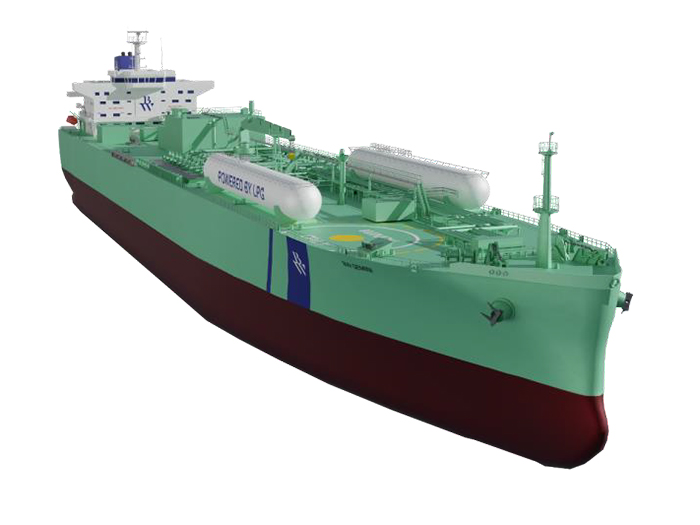 BW Gemini is carrying a record load of 49,000 metric tons of LPG on a single keel. As the vessel refueled while loading and no additional bunkering was needed, she has proceeded on her voyage. This turnaround translates to an increase in the vessel’s commercial availability for customers.

BW LPG has committed to retrofitting an additional three VLGCs for LPG operation, bringing its total commitment to 15 vessels at a combined cost of approximately $130 million.

“Building new ships can provide the benefits of operating with LPG but comes at a heavy cost,” he added. “Counting total emissions, a new ship represents about 70,000 tons of carbon dioxide in the materials and building process. Compared to 2,000 tons of carbon dioxide for retrofitting, the sustainability outcome is much better from retrofitting than from building new vessels.”