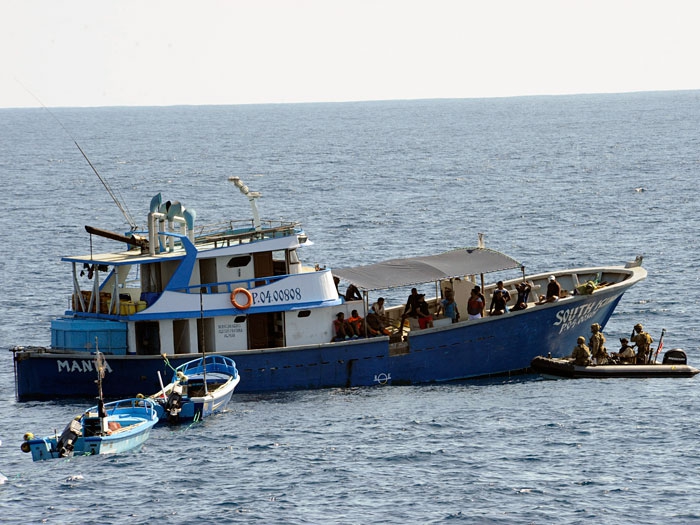 That effort to combat illegal drug trafficking has not slowed in FY 2018. The Coast Guard reports that this morning, the crew of the 270 ft USCG Cutter Legare, based out of Portsmouth, VA, was set to offload about 12 tons of cocaine and 1 ton of marijuana in Port Everglades worth an estimated $390 million. The drugs were seized in international waters in the Eastern Pacific off the coasts of Mexico, Central, and South America by multiple U.S. Coast Guard cutters and Canadian Naval vessels during 17 separate suspected drug smuggling vessel interdictions.

“What these numbers represent is an increased commitment by U.S. and international partners to combat transnational criminal networks and promote stability in the Central American region, along the U.S. southern border, and in the southern maritime approaches to the U.S.,” said Cmdr. Jonathan Carter, commanding officer of Legare.

Numerous U.S. agencies from the Departments of Defense, Justice and Homeland Security are involved in the effort to combat transnational organized crime. The Coast Guard, Navy, Customs and Border Protection, FBI, Drug Enforcement Administration, and Immigration and Customs Enforcement along with allied and international partner agencies play a role in counter-drug operations.