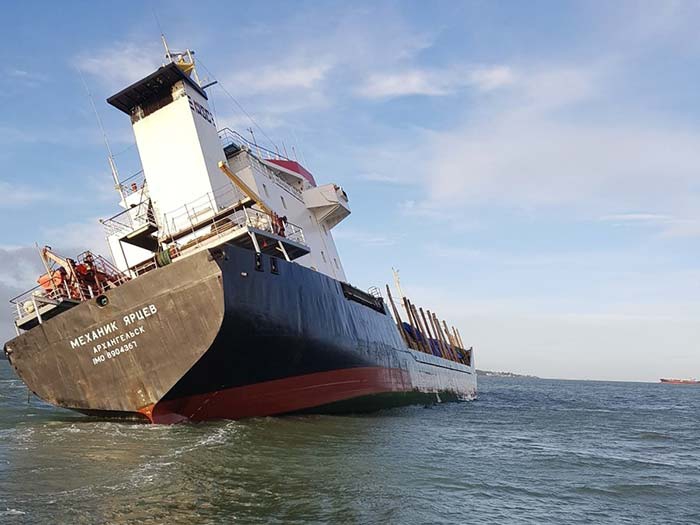 DECEMBER 27, 2017 — The U.K. Coastguard has been assisting the Russian flagged vessel Mekhanik Yartsev.

At around 1 a.m. December 26, the vessel reported the loss of 30 pieces of cargo during bad weather conditions approximately 20 miles south of the Worthing area on the U.K. south coast. The cargo packages are approximately 3-4 cu.m each and contain timber. The packages are reported to have broken up resulting in individual planks floating on the surface. The U.K. Coastguard has been issuing navigational safety broadcasts every half hour to warn shipping of the lost cargo.

Meantime, Mekhanik Yartsev has developed a considerable list, but has power and is currently stable. The vessel is at anchor in the Solent and a pilot vessel is assessing the vessel’s stability and cargo. The 13 crew onboard are reported to be safe and well.

Plans are for the vessel be taken to a berth in Southampton Harbor. Although plans to move the vessel yesterday were put on hold because of adverse weather, at 1.45 p.m. local time today, the U.K. Coastguard issued the following update:

Southampton Harbor is making preparations to facilitate the arrival of the vessel Mekhanik Yartsev into an enclosed dry dock area. Given the current wind conditions – Gale Force 7 gusting 8 with forecast for better weather tomorrow – and the fact the vessel is in a stable condition, it will remain at anchor today. It will transit in to Southampton Harbor tomorrow with tug escort. The vessel’s cargo will then be removed once it is safely alongside.