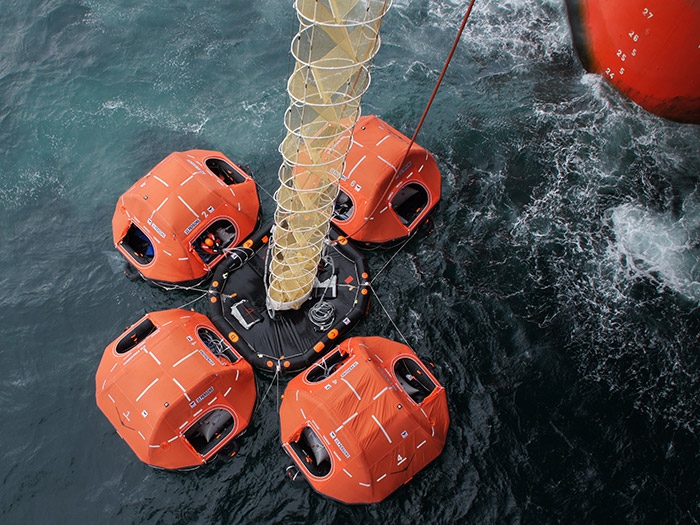 Stena Drilling Limited is a long time Viking customer and signed up for the agreement after an extensive survey, carried out by Viking earlier this year, revealed the potential for major cost and administration savings in placing much of the company’s safety equipment sourcing and administration under an Offshore Safety Agreement (OSA).

The agreement covers the company’s liferafts and offshore evacuation systems.

Viking Offshore Safety Agreements are designed to save offshore asset owners and operators time, money and administrative headaches, while providing a transparent, predictable cost structure and ensuring safety-equipment readiness at full POB (persons on board) capacity at all times. The OSA concept is an innovative alternative to the typical mishmash of multiple safety equipment brands, fluctuating costs and complex administration that present a constant obstacle to operations.

When Stena Drilling decided to upgrade POB on the first of a number of assets, and placed a new order for Viking lifejackets, the OSA concept was presented and negotiations were quickly concluded.

As part of the new agreement, Stena Drilling will upgrade its liferafts to Viking S30 liferafts with extended service intervals, a wise move for operating far from shore because doing so removes the need for annual, land-based servicing. Instead, certified crew perform annual onboard inspections, a task made even easier by an innovative and intuitive humidity/CO2 leakage testing device incorporated into in each Viking liferaft container. Onshore servicing is, however, still required every 30 months according to regulations.

John Flynn, Marine Superintendent with Stena Drilling, is confident the agreement will deliver on its promise of greater efficiency. “Our Health, Safety & Environmental Policy requires us to ensure the availability of high-quality, compliant safety equipment that’s in working order at all times,” says Stena Drilling Marine Superintendent. “Viking’s experience and capabilities as a manufacturer, its breadth of products and the ability to provide technical guidance as we upgrade our POB gave us the confidence to outsource a significant part of safety equipment management, bringing it under one contract to streamline administration and logistics.”

“We’re delighted that Stena Drilling has placed its trust in Viking,” says Alex Kristensen. “We introduced this type of agreement to the offshore industry in 2014 and we’re still alone in offering solutions that put as much as possible under one roof while maintaining the flexibility to easily change terms or scope as the customer’s priorities and needs evolve.”