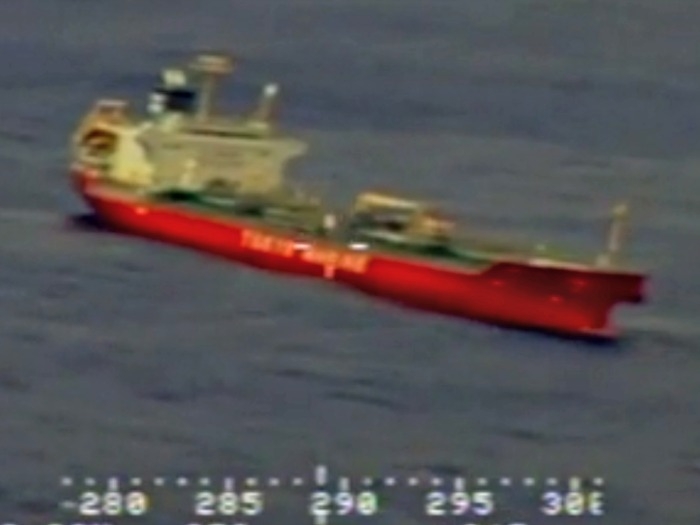 AUGUST 18, 2014—One crew member is dead, following a fire in the engine room of a 485 ft Bahamian flag chemical tanker, according to a report by the U.S. Coast Guard. The Coast Guard sent air and cutter forces to assist the 22-person crew of the chemical tanker after a fire in the main engine room disabled the vessel, leaving it without propulsion, about 700 miles west of Cape Blanco, OR. A U.S. Coast Guard video shot by Air Station Sacramento shows the disabled Tokyo Marine tanker. The incident occurred on August 13.

The fire was extinguished using installed firefighting systems, however, the ship sustained damage to its generators, leaving the crew with minimal battery power.

A Coast Guard aircrew, aboard an HC-130 Hercules airplane from Air Station Sacramento, CA, delivered two Iridium telephones and a VHF-FM radio to the ship on August 14. The crew of the Coast Guard Cutter Stratton, a 418-foot National Security Cutter homeported in Alameda, CA, is on scene to provide assistance, including engineering and damage control equipment.

“The AMVER vessels involved were instrumental in providing check-ins with the disabled vessel and providing updates to rescue personnel about the condition of the crew and vessel’s position,” said Lt. Ryan Beck, command duty officer at the 13th District Rescue Coordination Center. “AMVER vessels are an invaluable high-seas resource for rescue coordinators.”

The vessel’s ownership has contracted the commercial tugboat Millennium Falcon, based in Anacortes, WA. The tugboat, owned by Harley Marine Services, Seattle, is expected to arrive at the tanker’s location with a damage control technical specialist.