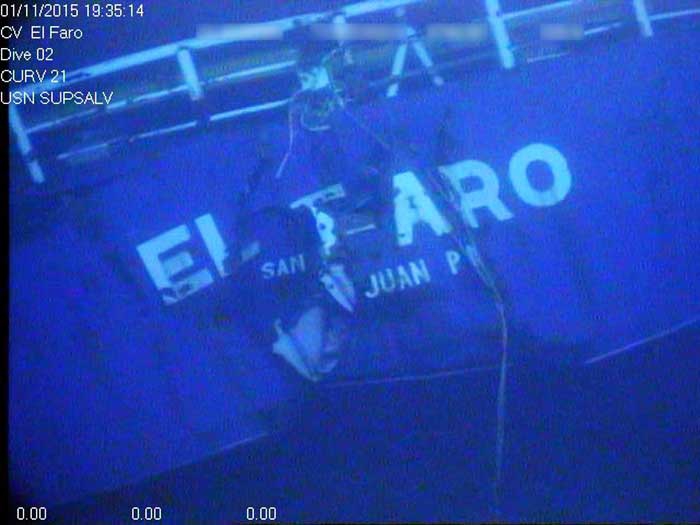 DECEMBER 1, 2016 — The National Transportation Safety Board says that on December 13, it will open the docket for its investigation into the sinking of the U.S. flagged cargo ship El Faro.

The Tote ship sank during Hurricane Joaquin in October 2015, and all 33 people aboard lost their lives. The ship’s voyage data recorder was recovered from the ocean floor at a depth of about 15,000 feet, Aug. 8, 2016. A voyage data recorder group was convened Aug. 15, to audition the ship’s VDR and to develop a detailed transcript of the sounds and discernible words captured on the El Faro’s bridge audio.

The public docket contains only factual information collected by NTSB investigators. The public docket does not provide analysis, findings, recommendations or probable cause determinations, and as such, no conclusions about how or why an accident occurred should be drawn from the docket. Providing the docket affords the public the opportunity to see what information has been gathered about the accident. Any analysis, findings, recommendations, or probable cause determinations related to the accident will be issued by the NTSB at a later date.

The NTSB plans to conduct a media briefing about the contents of the docket, Dec. 13, at 9:30 a.m., in the NTSB Board Room and Conference Center, 429 L’Enfant Plaza SW, Washington.