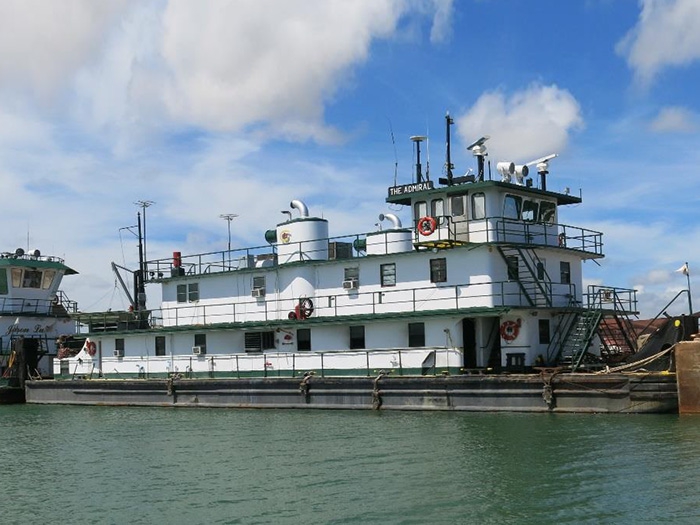 The Admiral at the accident site afer the fire

NOVEMBER 17, 2017 — The National Transportation Safety Board has issued the report on the July 14, 2016 engine room fire aboard a 1958-built Luhr Bros towing vessel in which two crew members were severely burned, one of whom subsequently died.

At the time of the incident, the uninspected towing vessel The Admiral was moored alongside barges in the La Quinta Channel, Gulf Intracoastal Waterway, near Ingleside, Texas.

About 1635, the vessel’s starboard main engine oversped and then exploded, causing a fire in the engine room. The two crew members in the engine room were severely burned; one subsequently died. Damage to the vessel was estimated at $300,000. No pollution was reported.

The NTSB determined that the probable cause of the engine explosion and resulting fire was a misfiring cylinder that ignited lubricating oil in the sump of the engine.

The full NTSB report goes into considerable detail on the engines’s history and maintenance record. Download it HERE.