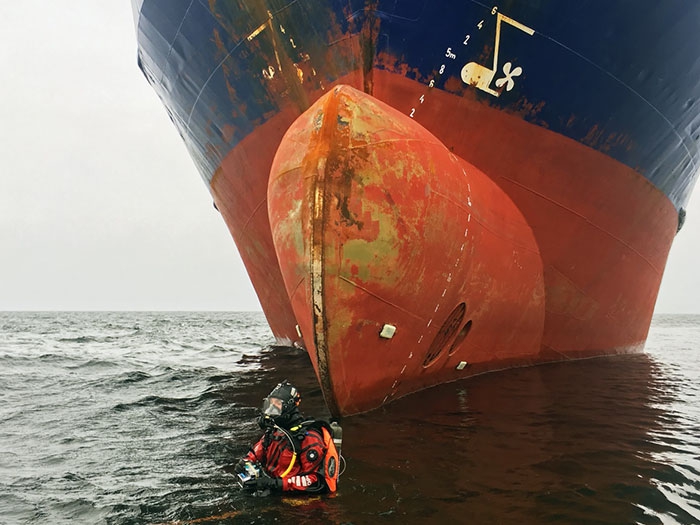 OCTOBER 19, 2018 — The Swedish Accident Investigation Authority has issued its report on a September 2017 grounding of a 1980-built, 3,041 dwt aggregates carrier that occurred when the master was asleep and where subsequent salvage efforts were hampered by the fact that the police had arrested the master and chief officer after both tested positive in a breathalyzer test and taken them ashore.

Following is taken from the bare bones summary of the report (but you have to read the whole report to get a better insight into what are, too often, the realities of life at sea for some seafarers).

SUMMARY: During a voyage from Visby to Oskarshamn, the vessel Atlantic ran aground just south of Oskarshamn. The master, who was alone on the bridge at the time and had the Bridge Navigational Watch Alarm System (BNWAS) turned off, has stated that he fell asleep just after he made the turn north of Öland towards Oskarshamn. The information is supported by the vessel’s AIS track, which shows that no course corrections were made following the turn.

The cause of the accident was deficiencies in the monitoring of the navigation due to the master falling asleep during his watch on the bridge and because there was no lookout.

Contributing causes to the master falling asleep included an accumulated sleep deficit and the fact that he was working on a two-watch system, which had likely contributed to the sleep deficit over a longer period of time. The master was under the influence of alcohol at the time of the grounding. Furthermore, the Bridge Navigation Watch Alarm System (BNWAS) had been turned off, which could have prevented the master from falling asleep or at least alerted the rest of the crew.

Venus Shipping is recommended to:

Review its safety organization system and go over it with their masters in order to ensure that they understand its importance, whilst also mitigating the risk of other masters making similar adjustments for corresponding perceived needs..

Review its auditing and inspection system in order to ensure that the matter of work and rest periods is satisfactorily handled, so that deviations can be detected.

DNV GL is recommended to:

Carry out a general review of their auditing and inspection system and thereafter take necessary measures.

The Swedish Transport Agency is recommended to:

Take the initiative for a collaboration meeting with the relevant authorities and organizations in order to ensure that there is a consensus on how to handle situations like the one that arose in this case in the future, in order to ensure an effective and safe rescue and salvaging operation that also satisfies the interests of the police.