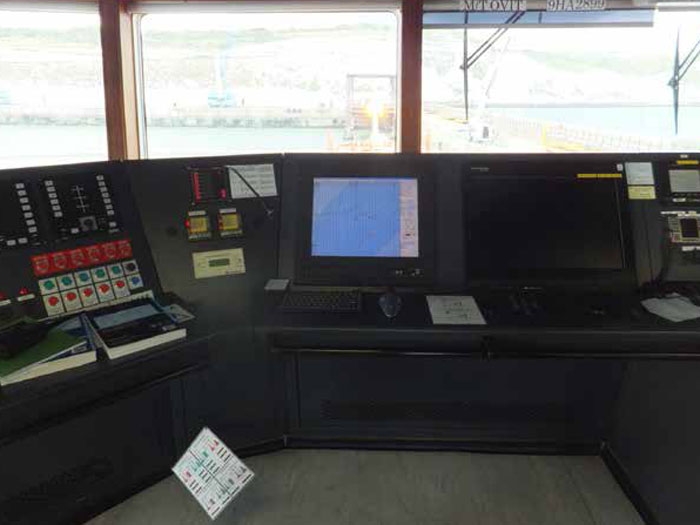 SEPTEMBER 16, 2016 — Steve Clinch, Chief Inspector of Marine Accidents at the U.K. Marine Accident Investigation Branch has some scathing things to say about current generation ECDIS equipment and the training needed to use it.

Mr. Clinch’s comments come in his foreword to the MAIB report on a chemical tanker grounding in which, among other things “the OOW followed the track shown on the ECDIS display but had such poor situational awareness that it took him 19 minutes to realize the vessel was aground.”

“This is the third grounding investigated by the MAIB where watchkeepers’ failure to use an electronic chart display and information system (ECDIS) properly has been identified as one of the causal factors,” writes Mr. Cliff.” As this report is published, there are over 30 manufacturers of ECDIS equipment, each with their own designs of user interface, and little evidence that a common approach is developing. Generic ECDIS training is mandated by the International Maritime Organization (IMO), but it is left to Flag States and owners to decide whether or not type-specific training is necessary and, if so, how it should be delivered. As experience of ECDIS systems improves, evidence indicates that many owners are concluding that type-specific training is essential, though some are resorting to computer-based training once the watchkeeper is on board. In this accident, however, despite dedicated training ashore on the system they were to use, the operators’ knowledge of the ECDIS and ability to navigate their vessel safely using the system were wholly inadequate.

“Unfortunately, the current generation of ECDIS systems, though certified as complying with regulatory requirements, can be operated at a very low level of functionality and with key safety features disabled or circumvented. Training and company culture may mitigate these shortcomings to some extent, but can only go so far. While systems allow individuals to operate them in a sub-standard manner, there are those who will do so: such is human nature. For all shipping companies navigation is a safety-critical function and failure to navigate effectively can and does result every year in pollution, loss of vessels, and loss of life. It is to be hoped, therefore, that the next generation of ECDIS will embody features making them less vulnerable to the vagaries of human performance to achieve a better level of assurance that safe navigation is being consistently achieved.”

Following is a summary of the MAIB report on the investigation of the grounding of the chemical tanker, Ovit, on the Varne Bank in the Dover Strait on September 18, 2013.

In the early morning of 18 September 2013, the Malta registered chemical tanker, Ovit, carrying a cargo of vegetable oil, ran aground on the Varne Bank in the Dover Strait. The vessel remained aground for just under 3 hours; there were no injuries and damage to the vessel was superficial. There was no pollution.

Ovit’s primary means of navigation was an electronic chart display and information system (ECDIS) and analysis of this system, its installation, training and operation form the backbone of this report. Key safety factors identified were: