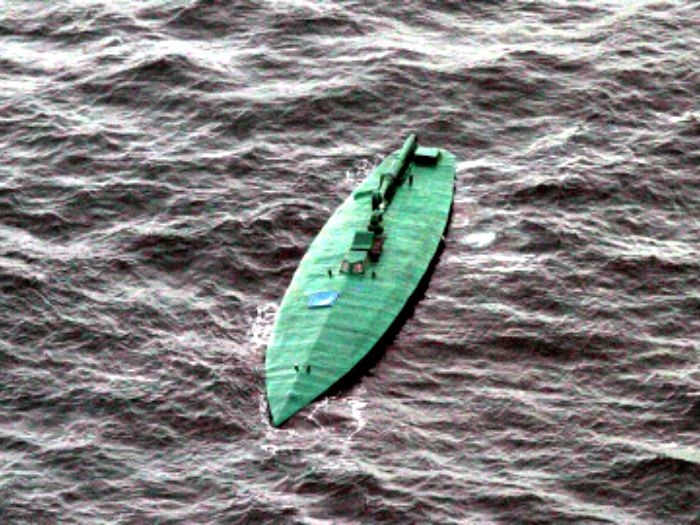 AUGUST 7, 2015—The U.S. Coast Guard reports that it made it largest semi-submersible vessel drug bust yet on July 18, seizing more than 16,000 pounds of cocaine in the Eastern Pacific Ocean.

“Our success intercepting this drug-laden, self-propelled semi-submersible is a testament to the collaboration of our partner agencies, and demonstrates the importance of our increased presence in the Western Hemisphere,” said Vice Adm. Charles W. Ray, commander, Pacific Area. “Every interception of these semi-submersibles disrupts transnational organized crime networks and helps increase security and stability in the Western Hemisphere.”

After removing 12,000 pounds of the narcotics aboard, the crew of Stratton attempted to tow the vessel to shore as evidence; however, the semi-submersible began taking on water and sank. About 4,000 pounds of cocaine left in the SPSS vessel to stabilize it during the towing evolution sank in over 13,000-feet of water and is unrecoverable.

The crew of USCGC Stratton interdicted or disrupted 15 different drug smuggling attempts since April including another self-propelled semi-submersible vessel carrying 5,460 pounds of cocaine on June 16. Coast Guardsmen aboard Stratton have seized more than 33,000 pounds of cocaine worth more than $540 million wholesale since May 2015.

Stratton’s semi-submersible busts are also the first and second by a Legend Class Cutter, the Coast Guard’s newest vessel.

There have been 25 known semi-submersible interdictions in the Eastern Pacific Ocean since November 2006 when the first documented interdiction occurred. A semi-submersible is a vessel constructed for illicit trafficking that is mostly submerged with just a cockpit and exhaust pipe visible above water. These vessels are extremely difficult to detect and interdict because of their low-profile and ability to scuttle.

U.S. Customs and Border Protection Office of Air and Marine also assisted by monitoring the semi-submersible using a maritime patrol aircraft during the course of the interdiction July 18.