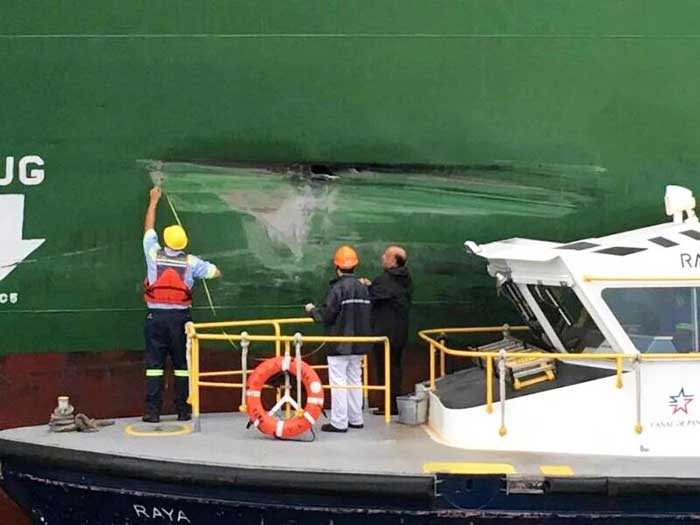 JULY 25, 2016 — A Cosco neopanamax containership last month became the first ship to make a commercial transit of the expanded Panama Canal. Now another Cosco neopanamax, the 8,500 TEU Xin Fei Zhou, has notched up another first for the expanded canal — its first accident.

A picture posted on showed officials examining damage sustained by the vessel after making contact with a wall of the Agua Clara locks at 2.30 p.m. on July 22.

The Panama Canal Authority is reported as saying that the ship did not sustain “severe damage” and that the incident did not interrupt Canal operations.

Prior to the opening of the expanded Canal, the International Transport Workers Federation (ITF) released a study that that raised safety concerns about maneuvering in the operation of the Expanded Panama Canal’s new locks. The Panama Canal Authority dismissed the study as “lacking scientific accuracy and credibility” (see earlier story).