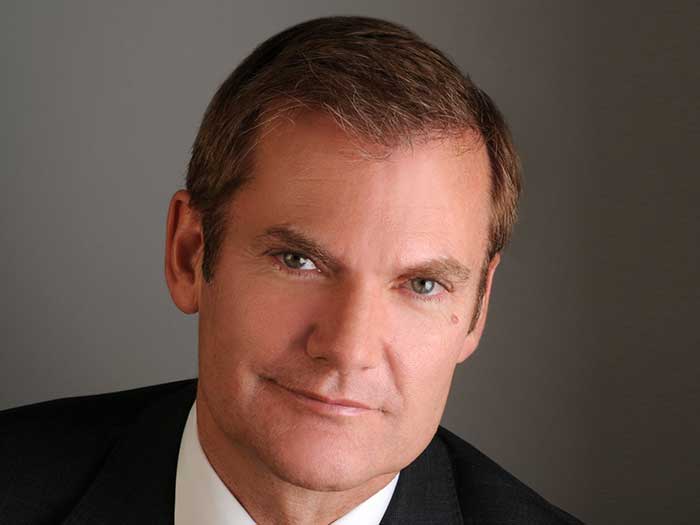 Bruce Burrows, President and CEO of the Chamber of Marine Commerce: “The regulations as they stand may actually impair rather than protect the environment.“

The Chamber says the new regulations “unfairly target Canadian ship operators—who have spent billions of dollars on new fuel-efficient, eco-ships—while giving an extra six years for compliance to owners of older vessels, including those of virtually all U.S. ships operating in the Great Lakes-St. Lawrence inland waterway.”

The Chamber says the “regulations correctly recognize that ships operating solely in the Great Lakes-St. Lawrence waters have unique technical and operating challenges and that more time is needed to find ballast water treatment systems that meet compliance requirements. It gives those ships until 2030 to install systems. However, without any justification, the regulations have given ships built on or after 2009, operating in the same waterway, a compliance deadline of 2024, despite the absence of any suitable available technology that can ensure compliance by that date.”

Burrows says: “This is a very disappointing development that will risk jobs and stall economic recovery, while doing little to protect the environment. The regulations as they stand may actually impair rather than protect the environment, as shipowners with newer ships will have to seek extensions or will be installing systems at great expense that don’t work. At the same time, the exorbitant and escalating costs of attempting to install systems will make new ships less competitive and completely undermine the Canadian government’s goals to reduce emissions and support the advancement of technology.”

“If new ships are forced to meet the 2024 deadline, extra costs will likely be passed on to Canadian manufacturing and agricultural customers, making them less competitive than their U.S. counterparts that use U.S. domestic ships without systems on the same Great Lakes. These costs would be added at a time when inflation on raw materials and consumer goods is already at a 10-year high and the world attempts to recover from the pandemic.”

Burrows concludes: “The Canadian government is imposing a half-baked solution onto Canada’s ‘home town’ fleet that would add minimal environmental benefit while imposing a significant economic impact on the important Great Lakes – St. Lawrence trade corridor. Simply put, some of our shipowners will be spending millions on technology that may not work, while our government provides favorable treatment to our U.S. competitors.”

NO NEW INVASIVE SPECIES IN THE LAKES SINCE 2006

There have been no new introductions of non-native invasive species in the Great Lakes (attributed to ships ballast water) reported since 2006 when new Canada/U.S. ballast water requirements jointly came into effect,” says the Chamber, adding that it is also important to note that both Canadian and U.S. domestic vessels do not travel overseas and pose no risk of introducing new invasive species.

The Chamber says that Canadian rules also contradict American rules in the bi-national waterway. The U.S. Environmental Protection Agency recently decided that new ships that operate solely in the Great Lakes-St. Lawrence, and are built after 2009, face the exact same hurdles to install systems as older ships. The EPA’s rationale is that due to vessel design, operating conditions such as water temperature and turbidity, trade patterns, voyage length and other issues, there are no current ballast water management systems that are practical or suitable for Great Lakes-St. Lawrence vessels.

“Accordingly,” says the Chamber, “the reasons for the pre- and post-2009 distinction drawn by the Canadian government for purposes of an earlier (2024) compliance date, without any proven evidence in support of it, remain completely irrational and puzzling in the circumstances.}

“Algoma Central has spent over $500 million to renew our Great Lakes fleet with 11 brand new vessels that are 40% more carbon-efficient and are equipped with scrubbers that virtually eliminate many air pollutants,” says Ruhl. “We are environmental leaders and yet we are being penalized with unfair and impossible expectations. Does it make sense for companies to invest in fleet renewal if it puts them at a disadvantage to their competitors?”

Canada Steamship Lines, a division of the CSL Group (CSL), which has also built seven new ships in the last decade, recently trialed a ballast water treatment system on a Great Lakes vessel built in 2012. Louis Martel, President and CEO of CSL, says the early results show that the purchase and installation costs are well above Government modeling, that the operational costs of the system, including trading delays caused by system constraints are higher than anticipated and, most importantly, that the system is not yet able to consistently meet regulatory environmental performance criteria.

“Environmental protection is extremely important to us.” says Martel. Canadian regulators should have taken the time necessary to gain experience from our prototype and crafted smarter legislation based on science and economic fairness. We fear it is likely these regulations will produce unintended negative consequences on Canadian industries, consumers, and the environment.”

The Chamber says that the amendments also violate several policy objectives in its enabling legislation, the Canada Shipping Act, including the development of a regulatory scheme that encourages viable, effective and economical marine transportation and commerce; the promotion of an efficient marine transportation system; encouraging the harmonization of marine practices; and the establishment of an effective inspection and enforcement program (e.g. as ships would be penalized for not complying with something currently impossible to comply with.)