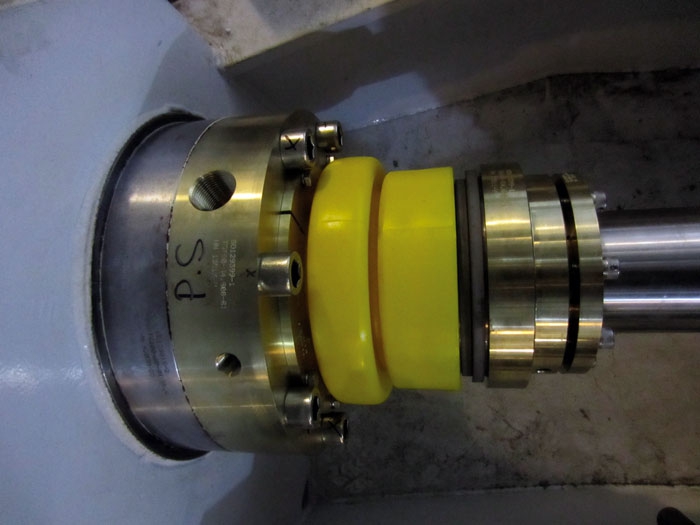 Designed by Incat Crowther and built by New Zealand’s Q-West shipyard, the 401-passenger Korora has two Cummins QSK50-M main engines, rated at 1,800 hp at 1,970 rev/min each, with Twin Disc reduction gears, 4 in diameter shafting and 45 in x 52 in diameter 5B Henley Tiger fixed-pitch propellers. The Korora can achieve 28 knots service speed at 85% MCR.

Q-West is building an additional boat in the series and Fullers Group has options for two more as part of its fleet renewal.

Auckland-headquartered Henley Group, an approved Thordon distributor, with a history dating to 1917, secured the contract to design and supply Korora’s complete drivetrain, following the company’s involvement with the first vessel in the series, the 2014-delivered Te Kotuku.

Mark Power, Managing Director, Henley Group, says, “Our brief was to design and supply the entire driveline, which included the TG100 seal and our Integrated Propulsion System (IPS). At the start of any project we designate Thordon Bearings equipment with Henley components as we find they offer cost and performance advantages when used in conjunction with our glass-reinforced Easi Flow sterntube and ruddertube systems.”

For first-of-class Te Kotuku, however, the owner opted for a different transmission and sealing arrangement to the one Henley had originally specified, but “after some issues with the first vessel we were asked to supply our complete IPS package, which included Thordon’s TG100 forward shaft seal,” says Power.

In addition to the TG100, Thordon’s scope of supply included SXL tail shaft, strut and rudder bearings along with its ThorPlas-Blue bearing, which was used as an “isolator” between the bronze seal’s housing and the aluminum hull. This arrangement was considered the optimum solution for preventing corrosion.

“We often find a holistic view is needed from the outset with small to medium-sized projects, since an atomistic approach can lead to problems once the vessel is operational. We fully understand the connection between engine, transmission, coupling and driveline components and have the in-house and supplier knowledge to provide the correct result giving unmatched local and offshore support during design, build and on-going working environment,” says Power.

Thordon Bearings’ Regional Manager, Western Europe/Africa/ANZ George Morrison says the success of the first installation of a TG100 seal in an aluminum fast cat opens a new and important market for Thordon Bearings. “The fast ferry market is experiencing considerable growth as older tonnage is being renewed and replaced with more energy and environmentally efficient technologies. We are seeing an increase in enquiries from ferry operators, particularly in the southern hemisphere, for our water lubricated tailshaft bearing systems as way of optimizing operations.”

A unique feature of the TG100 is the emergency seal that permits stand-alone operation to allow the vessel to safely return to the nearest port, preventing permanent seal damage. The unique omega “O” shape of the proprietary elastomeric bellows minimizes torsional vibration and maintains the required spring force throughout the allowable range of axial shaft movement. This elastomeric bellows has no shelf life and no scheduled replacement.