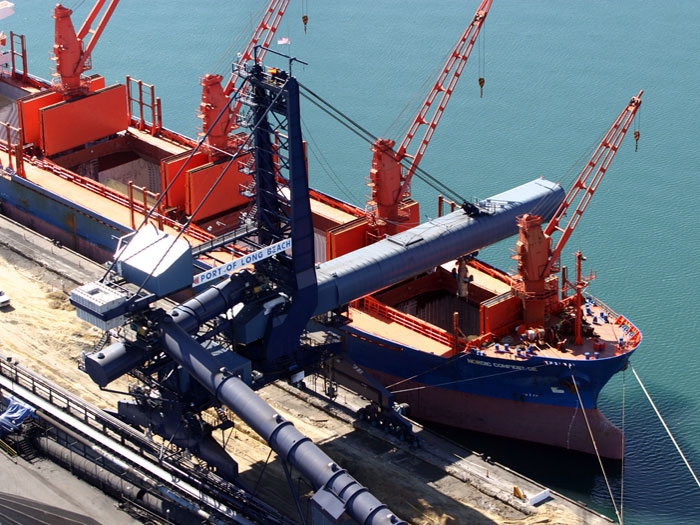 JULY 29, 2014—Slowing down pays off. Thome Ship Management, part of the Thome Group, learned that when it was recently awarded a Green Environmental Achievement Award by the Port of Long Beach, California, for its high performance standards in 2013.

Explains Yatin Gangla, Chief Operating Officer Bulk Division at Thome,  “This award is presented to operators whose vessels call at the Port of Long Beach and who have demonstrated that 90% or more of the vessels have complied with the Voluntary Vessel Speed Reduction Program. In recognition of this achievement, Thome has received a green flag and a 25% discount on the dockage dues payable by all our managed vessels to the Port of Long Beach during 2014.”

The Thome Group is based in Singapore and owned by Olav Eek Thorstensen and his family.

Donald B Snyder, Director of Trade Development at the City of Long Beach Harbor Department, thanked Thome for its “commitment to reducing air pollution in Southern California.”

The Port’s Green Flag Program is a voluntary vessel speed reduction program which rewards vessel operators for slowing down to 12 knots or less within 40 nautical miles of Point Fermin, near the entrance to the Harbor. The port says that because ships emit less when they travel more slowly, the program has been highly successful in reducing smog-forming emissions and diesel particulates from ships.

Vessels that dock at the Port of Long Beach can also earn the coveted Green Flag environmental achievement award for extraordinary compliance with the program for a 12-month period. The speed of every vessel in the speed reduction zone is measured and recorded by the Marine Exchange of Southern California. The program prevents more than 1,000 tons a year of air pollution.