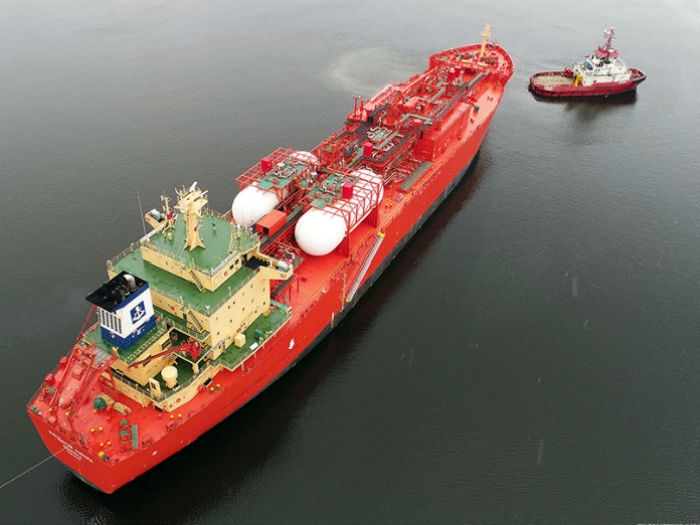 AUGUST 24, 2018 — Shipowners and operators looking for options to comply with the pending IMO 0.5% sulfur cap have another alternative fuel to consider—ethane. Class society ABS reports that the Ethylene/LPG carrier Navigator Aurora has been successfully converted to operate on ethane as a fuel.

“This is the latest example of how ABS is collaborating globally with innovative companies such as Navigator Gas to support the delivery of technologies that minimize the environmental impact of shipping and reduce greenhouse gas emissions,” says Patrick Janssens, ABS Vice President, Global Gas.

Navigator Gas Fleet Manager Mark Macey says, “The success of the ME-GIE conversion project is the culmination of four years of close co-operation between Navigator Gas, Borealis, ABS, ABS Consulting, TGE, MAN Diesel & Turbo, Northern Marine and the Liberian administration. There has been excellent co-operation between all parties concerned, culminating in the successful completion of this historic conversion.”

“This is the second MAN ME-GI conversion ABS has been involved in, demonstrating we have industry-leading experience in gas as fuel and in providing guidance on converting ships and engines to operate on natural gas or other alternative low flashpoint fuels such as ethane,” says Peter Fitzpatrick, ABS Vice President, Global Business Development.

The 15-day long conversion followed engine performance and emissions testing at Kawasaki in Japan, to prove the principle that burning ethane in the Navigator ME-GI engines would be possible. The trials were successful and demonstrated that suitable power and emissions performance, meeting Classification and statutory requirements, was available at a fuel gas injection pressure of just over 300 bar.

Paul Flaherty, Director of Fleet and Technical operations at Navigator Gas, says, “This project represents a significant investment by both Navigator Gas and Borealis that clearly demonstrates a very strong commitment to environmental protection and the reduction of greenhouse gas emissions. This retrofit modification will comply with all current global emissions regulations and position us as early adopters of the global sulfur cap regulation due to come into force on January 1, 2020.”