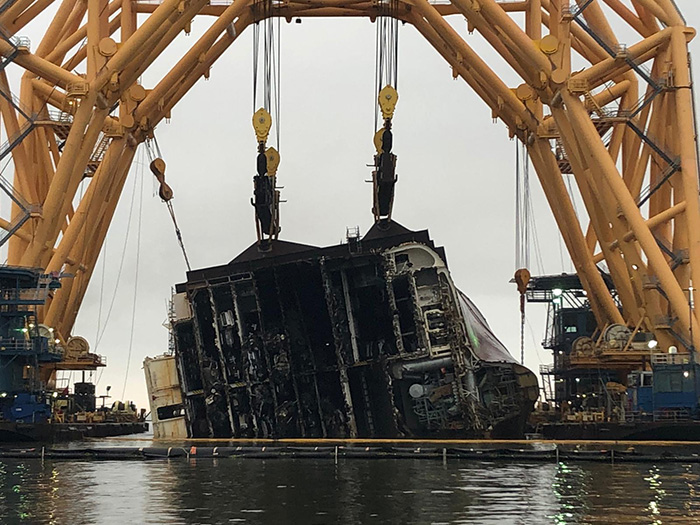 The team has already removed two sections of the wreck, Section One (the bow) and Section Eight (the stern). Cutting operations on Section Seven were paused late Saturday when a routine inspection discovered wear on the wires used to cycle the cutting apparatus.

As technicians worked to replace the worn wires, at the other end of the wreck, responders used a Fuchs MHL390 material-handling machine to remove some 50 accessible vehicles and a movable deck from Section Two during weight-shedding operations.