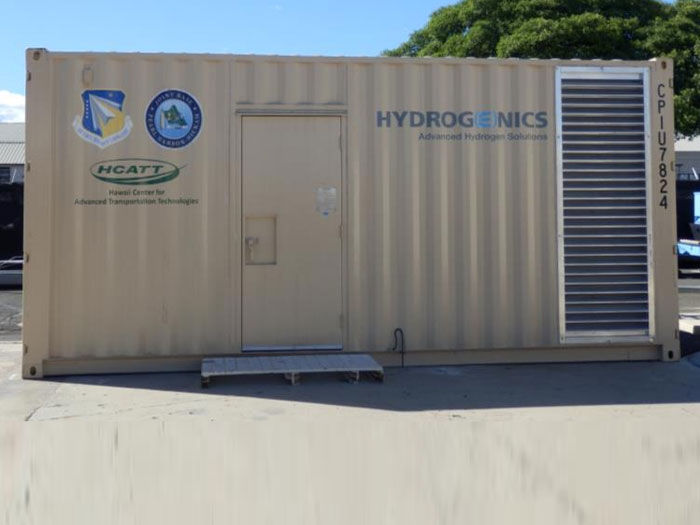 FEBRUARY 14, 2014 — The U.S. Maritime Administration is partnering with the Department of Energy (DOE) and Sandia National Laboratories to explore the potential cost savings and emissions reductions through the use of hydrogen fuel cells to provide electrical power to ships at berths. This approach has the potential to offer a double bonus–first, allowing vessel operators to shut down diesel engines while in port, and second, using hydrogen fuel cells instead of carbon-based electrical power sources.

MARAD is providing $700,000 to support the construction of the first of its kind portable power system at the Port of Honolulu to convert hydrogen into electricity. This small fuel-cell system will generate 100 kilowatts of electricity to help power vessel on-board systems pier side for ships, tugs, and barges operating between the Hawaiian Islands.

After initial testing is completed, this unit will be available to all Port of Honolulu tenants when needed. Future testing may involve larger fuel cell units and the use of alternative fuels to provide power for vessels in other ports. And if successful, we could soon see emission-free hydrogen fuel-cells replacing diesel power and carbon-generated electricity in lake, river, and ocean ports across the country.

MARAD says that auxiliary power to docked ships, usually provided by on-board diesel engines, is a significant source of greenhouse gas emissions and air pollution, accounting for one-third to one-half of the in-port emissions attributed to ocean-going vessels. It says that currently hydrogen is also cost-competitive with traditional maritime fuel and that in where generators are often running at less than maximum power, hydrogen may offer an efficiency advantage that helps maritime businesses lower costs.