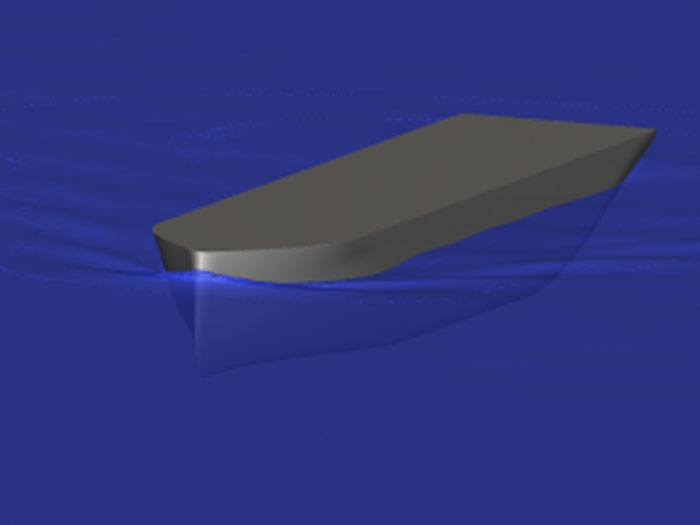 Smooth wave profile along the hull

FEBRUARY 6, 2015 — The two biofuel-capable 4,700 dwt VG EcoCoaster general cargo ships ordered last month from Dutch shipbuilder Royal Bodewes by Finnish operator Meriaura Group are expected to have fuel consumption near half that of conventional dry cargo vessels of similar type and size, thanks to hull form and machinery optimization by Finland’s Foreship Ltd.

Foreship worked with Meriaura and Aker Arctic Technology at the EcoCoaster’s concept stage, in a project that also envisages the ship using either MGO or the biofuel “EcoFuel” to meet and even exceed maritime environmental regulations.

“Altogether, 45 hull alternatives were considered, of varying lengths and hydrostatics, with the aim of minimizing resistance while achieving small wave formation and good wake field for the propeller,” says Risto Ajanko, Senior Specialist, Hydrodynamics, Foreship Ltd. “The main dimensions of the EcoCoaster were optimized, achieving the best ratio between capacity and fuel consumption.”

Using Foreship’s advanced in-house Computational Fluid Dynamics tools, designers also reached the best compromise for performance in open water and in the ice channel, with Aker Arctic advising and model testing to enhance performance in ice. In addition, analysis focused on optimizing the smooth wave profile along the hull.

The hull form includes a long and narrow bow that will achieve lower resistance in ice channels, while flare angles minimize additional resistance in waves. The aft shape features a narrow gondola to enhance wake field for the propeller.

The EcoCoaster will be powered by a dual-fuel ABC 8DZC medium speed main engine which will be suitable for biofuel and MGO. VG-Shipping (part of Meriaura) operates its own biofuel refinery in Uusikaupunki.

The owner’s goal is for EcoCoasters to make up at least half of its fleet (currently 20 vessels) within five years. A larger EcoCoaster design is also under development.