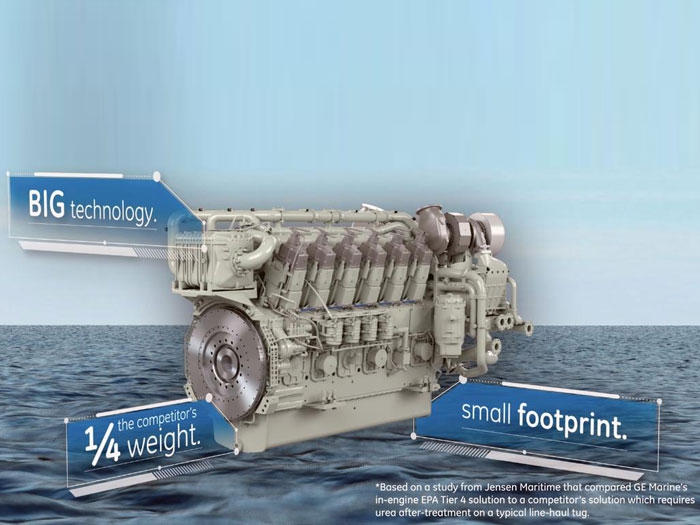 GE says that Harvey Gulf will be among the first customers to operate the new GE medium-speed diesels that meet EPA Tier 4 emissions standards without SCR after-treatment or urea injection.

Local support for the Harvey Gulf project will be provided by GE Marine’s Distributor, Cummins MidSouth.

A study to be published in early 2015 commissioned by GE Marine from Jensen Maritime), a leading naval engineering and architectural firm, compares GE Marine’s in-engine Tier 4 solution to a competitor’s solution requiring urea after-treatment on a typical line-haul tug.

A few of the highlights cited in the study include: