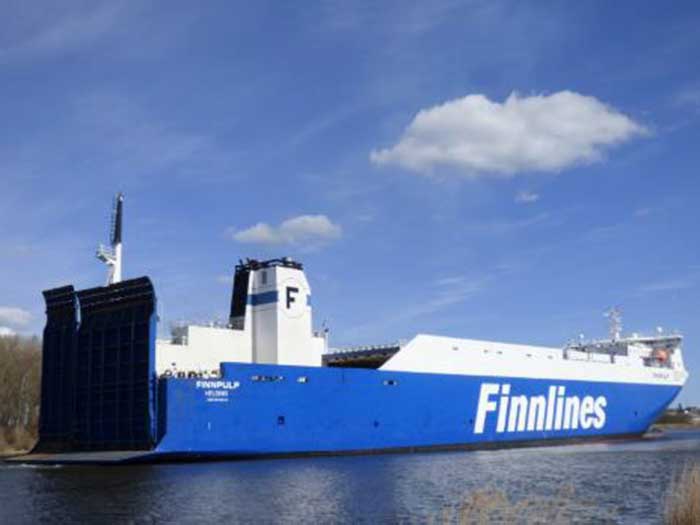 APRIL 12, 2017 — Finnish shipping operator Finnlines, which is part of the Grimaldi Group, has placed a service order with Alfa Laval to optimize the performance of its existing Alfa Laval PureSOx scrubber systems.

The six year performance agreement covers PureSOx systems installed on board seven RoRo vessels: Finnpulp, Finnmill, Finnhawk, Finnkraft, Finncarrier, Finnmaster and Finnmerchant. The ships are part of the Finnlines fleet operating in the Baltic Sea, where strict SOx emissions limits are in place due to the region’s designation as an Emission Control Area (ECA).

Finnlines began equipping vessels with PureSOx exhaust gas cleaning systems in 2014, in preparation for the implementation of ECA limits in 2015.

“As one of the most complete and proven SOx scrubber platforms on the market, PureSOx was an obvious choice for us,” says Juha Ahia, Manager for Newbuildings & Projects at Finnlines. “But Alfa Laval is more than an equipment supplier. In Alfa Laval, we have a reliable partner who can make sure our vessels are always in compliance and that we get the most out of our investment.”

Finnlines signed the six-year performance agreement with Alfa Laval in order to maintain the consistent performance of its PureSOx systems.

The service plan includes yearly condition audits, which help ensure correct operation and provide insights into the state of the equipment that will allow any issues to be addressed before they can lead to unplanned shutdowns.

Additionally, Finnlines selected options that will simplify parts management, such as an exchange program for PAH and turbidity sensors. Vital for proving compliance, these sensors will be exchanged every two years and replaced in the event of a failure. Alfa Laval technicians will also track the parts consumption of the Finnlines vessels and provide strategic planning for their spare parts supply. Tailored for the customer

The services for Finnlines were chosen from the Alfa Laval 360° Service Portfolio, a structured selection of service options, designed for easy customization, that addresses every phase of the equipment life cycle, with services for start-up, maintenance, support, improvements and monitoring.

“The Alfa Laval 360° Service Portfolio is a clear yet flexible approach to service,” says Teun Nikkelen, International Customer Support for Alfa Laval PureSOx. “Working closely with Finnlines, we defined an agreement that would deepen our partnership and secure reliable equipment performance at the lowest total cost of ownership.”