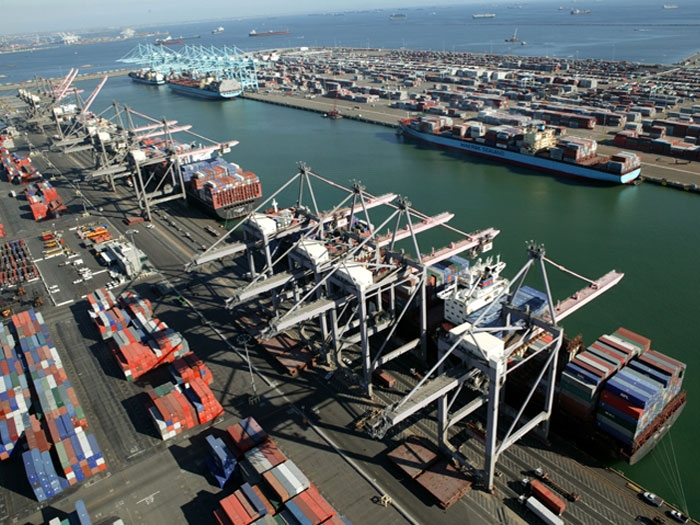 The Port of Los Angeles

APRIL 7, 2015—A ship manager was fined more than a quarter of a million dollars for violating California’s clean air regulations during visits to the state’s ports between 2009 to 2011, according to the International Transport Intermediaries Club (ITIC).

Earlier this year, we reported that four shipping companies were fined a total of $147,000 by the California Air Resources Board (CARB) for failing to switch to cleaner low sulfur fuel when entering within 24 nautical miles of the California coast.

Back in July 2011, reports ITIC, a CARB inspector boarded a ship docked at a terminal in the Port of Los Angeles. The CARB inspector questioned the ship’s chief engineer regarding the revised 2009 California clean air regulations that required vessels to switch main engine, auxiliary engines and auxiliary boilers to low-sulfur fuel when in California-regulated waters. The chief engineer said he was only aware of the requirement to switch auxiliary engines to low-sulfur fuel in accordance with regulations effective from January 1, 2007.

The master checked the ship’s Safety Management System (SMS), but was unable to locate the 2009 requirement. The CARB inspector then examined the records of fuel switchover for the vessel’s main engine, auxiliary engines and auxiliary boilers, and ascertained that the ship had called at California ports 17 times between 2009 and 2011 without switching over the main engine or the auxiliary boilers. A penalty of $283,500 was duly imposed on the shipowner for failure to switch fuel during the 17 port calls. The owner claimed against the manager, maintaining that the manager had been negligent.

ITIC says, “In 2009, a fleet circular had been sent to all vessels by the manager, setting out the change in regulations, and asking that it be displayed in a prominent position. The manager therefore initially rejected the claim on the ground that it had resulted from crew negligence, which was excluded under the BIMCO management agreement. The owners, however, did not accept this rejection, maintaining instead that the manager had failed to update the SMS. As it was considered unlikely that the manager would successfully defend a claim resulting from its failure to update the SMS, the claim was paid in full.”