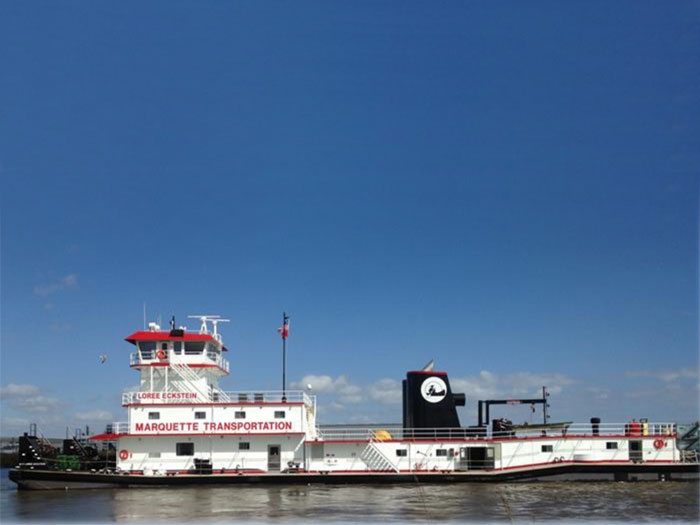 “We are excited to take delivery of the M/V Loree Eckstein, which will be the 130th boat in the Marquette fleet,” says Eckstein. He said that his wife  “is very proud to have such an extraordinary vessel bear her name.”

In order to reduce vibration and increase crew comfort, the towboat’s upper deckhouse is spring-mounted.

The Loree Eckstein is capable of pushing 40 barges up and down the Mississippi River system.

The new towboat is the sister vessel of the Rick Calhoun, delivered by Gulf Island Shipyards last August. The shipyard will deliver the third vessel n the series, the Chad Pregracke, this September.