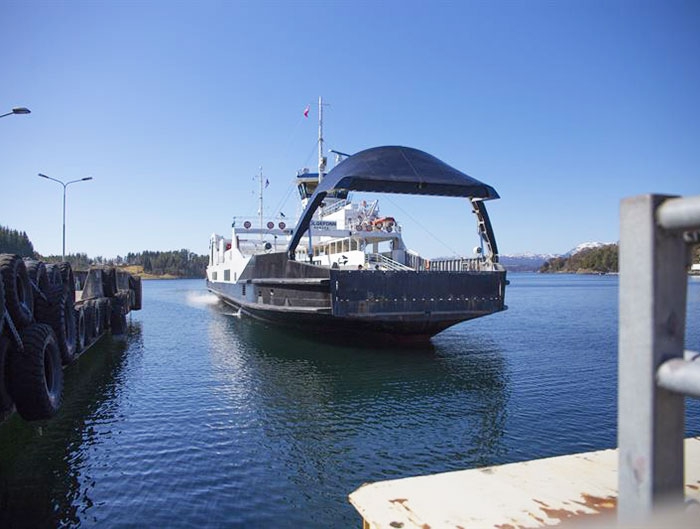 Tests were carried out with the Folgefonn, an 83-m long ferry owned by leading Norwegian operator Norled

APRIL 26, 2018 — In a world first, Wärtsilä has successfully carried out testing of its innovative autodocking technology with the Folgefonn, an 83-m long ferry owned by leading Norwegian operator Norled. The vessel has hybrid propulsion and is already fitted with a Wärtsilä wireless charging system.

The autodocking tests took place commencing in January of this year and were completed in April with actual harbor docking trials. At no time during the tests did the captain need to take manual control.

In the autodocking procedure, the system is activated some 2,000 m from the berth. The vessel continues at normal transit speed and the system then performs a gradual slowing of speed, and activates the line-up and dockingmaneuver fully automatically until the ship is secured at the berth. When the ship is ready to sail again, the system can be used in an identical but reverse manner for the departure procedure .

Full maneuvering of the vessel, including the steering and propulsion, is automatically controlled by the software. However, manual intervention and control is possible at any time. The automatic function allows the ship’s officers to focus on situational awareness outside the wheelhouse, improving the safety and reliability of the operations.

Wärtsilä’s autodocking technology delivers benefits to operators that include improved safety as there is less likelihood of human error; less wear and tear since the thrusters are efficiently utilized; and greater efficiency in docking which allows more time at berth.

Norled has made the Folgefonn available to Wärtsilä for further development of a number of Wärtsilä Smart Marine products and systems. Among the Wärtsilä technologies already installed and tested are its energy optimization system, the hybrid propulsion system, wireless inductive battery charging, and energy storage. The ferry can now be operated with automatic wireless charging, automatic vacuum mooring and automated docking.

“We thank Norled for their valued cooperation in this project. These tests represent an important element within Wärtsilä’s overall smart marine vision. Autodocking can become a vital part of our offering to the ferry and other shipping markets, and will further promote our activities in leading the transformation into a new era of high efficiency and profitability for our customers,” says Roger Holm, President, Wärtsilä Marine Solutions.

“We are pleased to support Wärtsilä’s efforts for creating greater efficiencies for marine operators. Technologies that improve safety, reduce operating costs, and lower the environmental impact can only be good for our industry,” says Sigvald Breivik, Technical director, Norled.

Wärtsilä autodocking technology tests were carried out with the Folgefonn ferry owned by Norled.