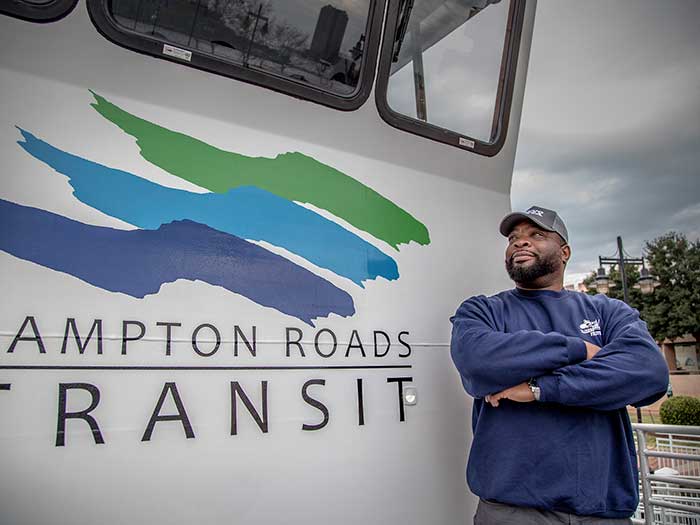 “We estimate we have saved nearly 3,500 gallons of fuel per year with Volvo Penta engines,” says Deon Glover, chief operating officer of Norfolk by Boat, which operates three aluminum ferries on behalf of Hampton Roads Transit on the Elizabeth River.

The picturesque vessels, with their trademark stern paddlewheels, carry up to 150 passengers at a time between downtown Norfolk and Portsmouth, Virginia. During the peak summer season, they operate every 30 minutes, with 15-minute crossing times. for 15-19 hours per day.

In 2014, the company repowered one of its ferries with a Volvo Penta 13-liter 400 hp engine. Based on the engine’s performance, fuel economy, reduced emissions and low noise levels, the company decided to specify the same D13-400 engines in two new ferries, which were built in 2016 and 2017.

“Our ferries are constantly shifting in and out of gear, pulling in and out of docks, fighting the tide and wind all day long,” said Glover. “We needed something very reliable. I’m telling you these engines offer every aspect of reliability.”

In addition to the annual 3,500 gallons of fuel savings, the company also benefits from customer service from Volvo Penta, which has its U.S. headquarters in Chesapeake, Va., just a 20-minute drive from the Elizabeth River docks. “The customer service is just mind blowing,” said Glover.

“We take great pride in our reputation for engineering excellence and customer satisfaction,” said Ron Huibers, president and CEO of Volvo Penta of the Americas. “It’s especially rewarding when we’re working with a local boat operator right here in our home region.”