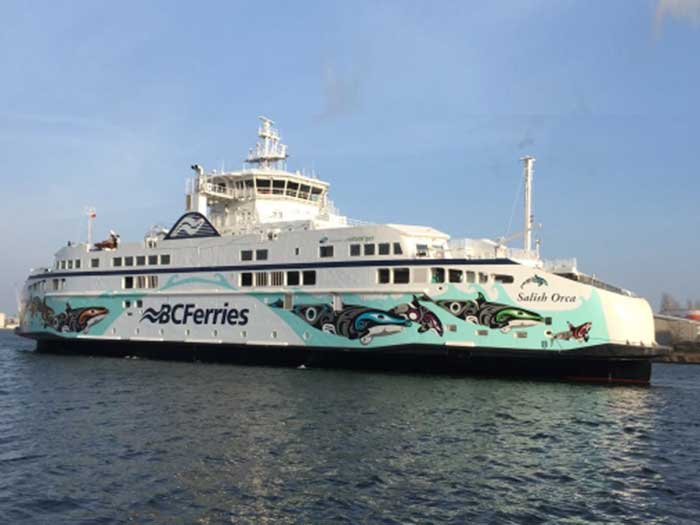 BC Ferries says that over the next couple of months, crews will be trained and familiarized in the operation of this new state-of-the-art ship. After public open houses in Powell River and Comox, Salish Orca will start service on that route in the spring of 2017.

“This is a very exciting day for all of us at BC Ferries as we proudly welcome this beautiful ship, Salish Orca, home to British Columba and into our fleet,” said Mike Corrigan, BC Ferries’ President and CEO. “The Salish Class vessels will provide us cost savings and efficiencies with standardized vessels and greater interoperability as well as enhance safety well into the future. They are very well built ships, which will serve our customers for many years to come.”

The 107-m, 8,728 gt Salish Class ships will carry 145 vehicles and up to 600 passengers and crew. The vessels feature two car decks and have a service speed of 15.5 knots. Each ship is powered by three Wärtsilä 8L20DF engines.

Salish Orca’s sister ships, Salish Eagle and Salish Raven, are expected to arrive in B.C. this spring and will start service in the Southern Gulf Islands later this year.