The Bonneville navigation lock will return to service, allowing vessels to pass through it, beginning 10 a.m. Sept. 30, according to officials at the Portland District, U.S. Army Corps of Engineers.

“It’s important to recognize the patience from our Columbia River users, who depend on this critical piece of infrastructure to run their businesses,” said Portland District Commander Col. Aaron Dorf.

“This lock closure is significant, which is why our engineers, experts and contractors are working tirelessly to ensure we get the locks back in service as quickly as possible. It is not lost on anyone in the Portland District that this outage has tremendous impacts to Columbia River users,” he said. “Between now and Sept. 30, our teams will be working around the clock to construct the new sill to restore Columbia River traffic.”

The navigation lock was closed on Thursday, Sept. 5 after lock operators detected problems with the lock during operation.

Engineers “dewatered” the lock Sept. 6, performed an inspection and discovered that the downstream concrete sill, a structure against which lock gates create a water-tight seal, had cracks.

The Corps then closed the lock to vessels on the river.

According to the Portland District engineering team, the damage they observed was unusual, and the periodic inspections of the dam, last performed January 2017, did not reveal any abnormalities.

Portland District awarded the emergency repair contract to Advanced American Construction, based in Portland, and crews began demolition and removal of the concrete sill, which measures approximately 5 ft. tall, 9 1/2 ft. wide and about 100 ft. long.

Work on the lock will include demolition, drilling holes for rebar, forming the new sill structure and allowing time for the concrete to cure. 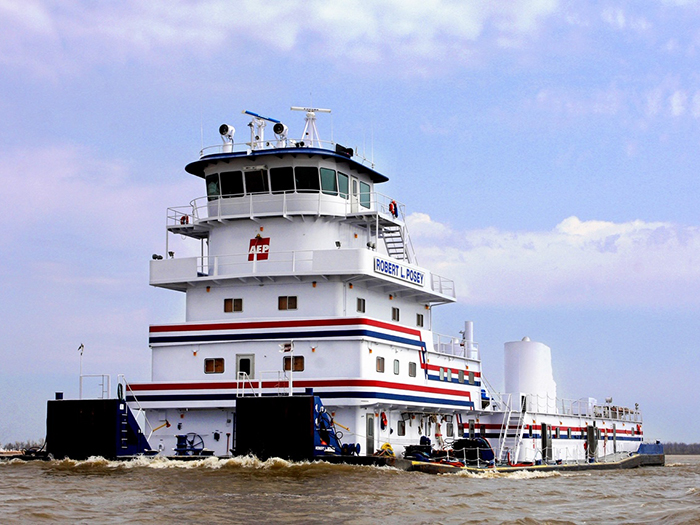