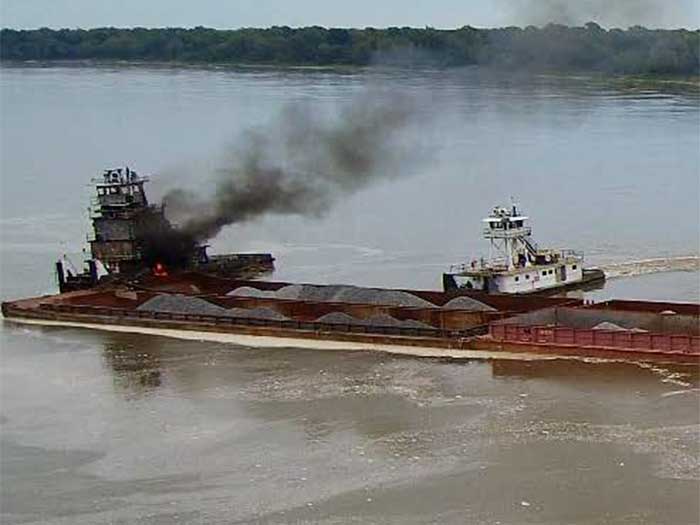 The National Transportation Safety Board has issued a report on a September 12, 2018 incident in which a fire broke out aboard the 1968-built towing vessel Jacob Kyle Rusthoven while it was pushing nine barges southbound on the Lower Mississippi River at mile 673.8, approximately 6 miles north of West Helena, Arkansas.

As the fire spread, three of the barges broke away from the tow, and one rolled over and lost its cargo. All six crew members abandoned the vessel onto the barges, from where they were rescued by a Good Samaritan vessel.

Due to smoke inhalation, the crew was later sent to the hospital and discharged the same day. No pollution was reported. The Jacob Kyle Rusthoven, valued at an estimated $1.5 million, burned completely.

The National Transportation Safety Board determines that the probable cause of the engine room fire on board the towing vessel was an engine lube oil leak that ignited off a hot surface near the starboard main engine turbocharger. Contributing to the severity of the fire was the lack of crew measures to activate the engine fuel supply shutoffs and secure open doors ventilating the engine room.