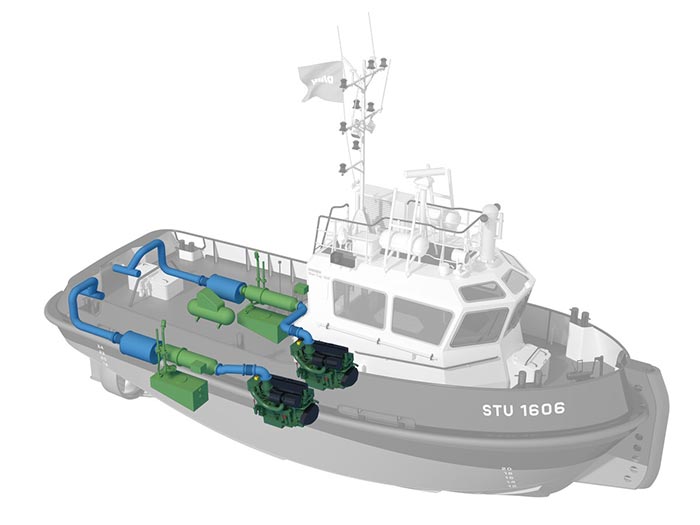 Spanish ferry major Baleària has taken delivery of a Damen Shipyards Stan Tug 1606 E3. It will be the first IMO Tier III compliant tug to operate in the Mediterranean and the first Damen vessel to serve in Baleària’s fleet.

Baleària has acquired the tug to support the operation of its vessels in the harbor of Ciutadella – Menorca. The tug, which arrived yesterday, is named Rolon Plata II, after Rolon Plata; the name of the first ferry operated in the Port of Ciutadella by Flebasa – the precursor to Baleària – in 1993.

Baleària required a compact, powerful tug to give towage assistance and one that could take up its role in the quickest possible timeframe. Thanks to Damen’s philosophy of standardized shipbuilding in series, the tug was on stock ready for delivery just four weeks following order. Damen has delivered more than 80 Stan Tug 1606 vessels to clients during the last 15 years.

Despite its standard design Damen has tailored the vessel to Baleària’s requirements.

This included outfitting the vessel with FiFi capabilities, oil recovery kit and inclusion of a NOX Reduction System, an advanced active emissions control system using SCR technology for NOX reductions of approx. 70% compared to a conventional vessel and aligned with IMO Tier III. With the additional noise reduction associated with the system, this is an important feature for a vessel that will operate in Menorca – a biosphere reserve. The system is easy to fit at any stage of the shipbuilding process, or as a retrofit. It is available for inclusion on all vessels in Damen’s next generation of tugs. It is notably compact, enabling emissions compliance even in a relatively small tug. Application of the system onboard the proven Damen Stan Tug 1606 gives the vessel Damen’s E3 accreditation, being environmentally friendly, efficient in operation and economically viable.

Baleària, a leading ferry operator serving routes in Spain, the Balearic Islands, the Canary Islands and North Africa, has committed itself to increased sustainability in its operations, in accordance with the UN Sustainable Development Goals. For the company this has involved constructing new RoPax vessels using dual-fuel LNG propulsion, as well as the conversion of existing vessels.

“This next-generation tug will be able to meet the needs of all operators, as well as being available for salvage and rescue in the area,” said Baleària’s General Director of Operations, Ettore Morace. 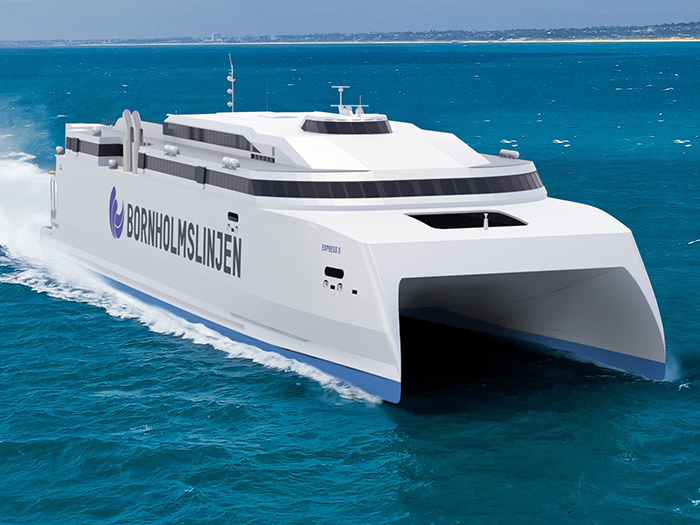